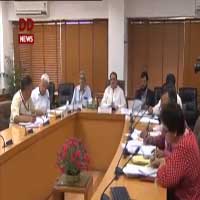 With the predicted rise in vector borne diseases like dengue and malaria during the monsoon season, the Centre has asked states to develop micro-plans for endemic districts and underlined the need for undertaking house-to-house surveillance for its prevention.

The Union Health Ministry also asked states to review and strengthen coordination between municipal bodies and other departments to keep public and private buildings vector free.

With the predicted rise in dengue, malaria, Japanese Encephalitis, Union Health Minister J P Nadda on Tuesday reviewed the status of such diseases and preparation of states through video conferencing.

He also assured the states of all necessary support to enhance their capacity to manage these diseases.