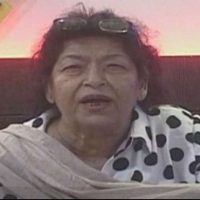 Famous Bollywood dance choreographer Saroj Khan has been hospitalized after she complained of breathlessness on Saturday, 20th June 2020. However, the possibility of COVID-19 has come out to be negative. 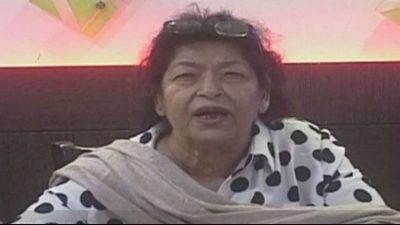 According to news agency PTI, the 71-year-old choreographer was taken to Guru Nanak Hospital in the Bandra area of Mumbai on Saturday. A source close to Saroj Khan’s family revealed, “She is fine now and recovering. She had breathing issues and was taken to hospital for that. Her COVID-19 test was done which turned out negative. She doesn’t have any symptoms. She is likely to be discharged in a day or two”.

Saroj Khan is one of the most prominent dance choreographers of the Indian film industry.  She started her career as an assistant choreographer before choreographing the dance sequences for the film ‘Geeta Mera Naam’ in 1974. Saroj Khan shot to fame after she choreographed Sridevi’s dance sequence for the song “Hawa Hawai” in the film ‘Mr. India’ (1987). Her recent works include ‘Tanu Weds Manu Returns’ (2015) and ‘Manikarnika’ (2019). Her last major assignment has been choreographing Madhuri Dixit in the song “Tabaah Ho Gaye” for the movie ‘Kalank’ in 2019.

Saroj Khan, the three-time National Award winner has been credited with choreographing over 2000 songs. She has also featured as a judge in various TV dance reality shows such as ‘Nach Baliye’, ‘Jhalak Dikhhla Jaa’, and ‘Nachle Ve With Saroj Khan’.