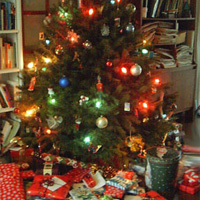 The festival of Christmas celebrates the birth of Jesus Christ and conveys his message of love, tolerance, and brotherhood. It is a celebration of humanity and mankind. Though Christmas is a prominent festival on the Christian calendar, it still has a special significance in everyone’s life. It is celebrated as a universal festival throughout the world.

In India, this festival has a special significance since the nation is known for its unity and diversity worldwide. It is true that the numbers of Christians are quite low at around 2.3% compared to people who belong to other religion.

Having said that, the population of India is over one billion, so the number of Christians reaches over 25 million. No doubt due to European influence on the country for so long, Christianity has spread across the country and today, there is a fairly large Christian community thriving in India that has adopted the Christians holidays as a part of Indian culture. However, many of the rituals of these Christian holidays have been modified to suit the climatic conditions of the land.

At the same time, owing to the secular fabric of this great country, people of other religions have embraced Christmas as their own; hence, celebrations are not just restricted to the Christian community. This holiday has become the biggest and one of the most celebrated holidays in India.

Euphoria for Christmas in India is largely based on Western media depiction. Days before the holiday, markets take on a colorful look as they are decorated with traditional Christmas trees, stars, images of Santa, and balloons. Marketers too create hype for Christmas by launching a rigorous advertising campaign through newspapers, radio, and television.

For Indian Christians, preparations for Christmas begin at least a month in advance. People get their homes whitewashed and indulge in spring-cleaning of the house to give it a fresh new look. They decorate their houses, erect Christmas trees with branches hung with gifts and decorations, make cribs with figures of baby Jesus, Mother Mary, Joseph, and other holy figures. They decorate the Christmas tree, hang stars, and illuminate them. Ladies start preparations for the traditional Christmas cake, which is anxiously awaited not just by the entire family. Hectic shopping activities take place as everyone buys new clothes for the holiday. Christmas gifts are also purchased for friends, relatives, and kids in the family. This time of year is also a time for family reunions.

In schools run by Christian missionaries, Christmas is celebrated by organizing nativity plays, which depict the birth of Jesus Christ. Carols and dramas make these celebrations even more joyful. Even non-Christian students enthusiastically participate in such celebrations.

The celebration starts on the evening of December 24th with carol singing and visits from Santa Claus. Families meet in the inner courtyard of their houses where they read the Christmas story and hold candles in the air. There is a midnight mass followed by the pealing of church bells to usher in the day of Christmas. Midnight mass is a very important service for Christians in India, especially Catholics. The whole family, dressed impeccably, participates in the mass, and it is followed by a massive feast of different delicacies and the giving and receiving of presents. Churches in India are decorated with poinsettia flowers and candles for Midnight Mass service.

In several parts of India, especially in metropolitan cities, Christmas has assumed secular overtones and is joyfully celebrated by people of all religions and communities. Christmas Day, locally known as ‘Bada Din’ (Big Day), is declared as a national holiday in India and people irrespective of their religion enjoy the day.

Drinking and merry making is the foundation of this day, and it is also noted that despite the strain of various communities and their beliefs, all peoples get together on this day, making it one of the most memorable ones. And, the holiday falls just less than a week’s time from the New Year’s Day.                     The British influence from pre-Independence days has resulted in gift-giving during the Christmas season and dispensing of charitable handouts to the poor people of the country. People believe that this is the dawn of a brand new day.

Ancient local Indian customs have heavily influenced Christmas traditions and many Indian Christians decorate their houses with mango leaves or banana trees instead of traditional pine trees at Christmas time on this occasion. Candles are often replaced with small oil-burning lamps made of clay known as ‘diyas’ that are placed on the tops of walls that give an ethereal feel and look quite beautiful. Churches often have an evening service on Christmas and are fabulously decorated with poinsettias and candles. Christmas trees can be seen in the urban trees adorned with familiar stars and tinsels, toys, and colorful streamers. Nativity plays in schools and churches on Christmas mornings showcase Jesus’ birth and the scenes from Jesus’ life. The celebrations usually end with the singing of hymns and carols as well as the visit of Santa to distribute toffees to kids. In the malls, one can see Santa entertaining the children at department stores with a familiar plump belly, a big smile, and small toys as gifts. Caroling processions in streets and thoroughfares can also be seen. 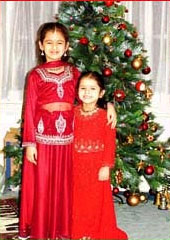 Customs for Christmas celebrations vary in the vast expanse of India. These variations are largely because of the local cultural influence. In South India, for instance, Christians light clay lamps on rooftops and walls of their houses, as done during Diwali. In northwest India, the tribal Christians of the Bhil tribe go out night after night for a week during Christmas to sing their equivalent of carols the whole night through. In Mumbai, which has one of the largest Roman Catholic communities in India, there is a tradition to depict nativity scenes and decorate home with big stars. In Kashmir, one can see brightly painted bells and Christmas tree balls made out of papier-mâché, and there are beautiful stars made out of gold and silver foil. However, the most exhilarating celebration of Christmas can be seen in the vivacious state of Goa. In Goa, the trunks of palms are decorated with lights for Christmas and for New Year. A large number of domestic and international tourists flock to the beaches Goa during Christmas to witness Goa at its cultural best. One can also regale in the best of Goan music and dancing during Christmas festivities. Catholics in Goa participate in traditional midnight mass services that go on well into the early hours of the morning.

Christmas is a time in India when the aura of festivity does not remain confined to the Christian community, but spreads all over the country. It has become a national festival where Christians and non-Christians, young and old, rich and poor enthusiastically participate in this joyous occasion.              This joyous feeling is a sentiment that truly reflects the unity and diversity of the Indian people. Merry Christmas!