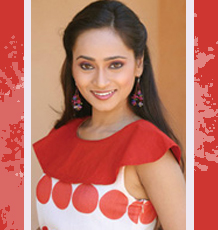 Harshali Zine Files Case against Stalker
Harshali Zine, recently spotted in the popular television serial Diya or Baati Hum in a cameo role, is quite upset. The pretty actress has filed a case after falling victim to the shameful act of stalking recently. While walking down the streets of Lokhandwala, the actress was apparently harassed and eve teased. Her “stalker” had apparently been observing her for a few days and intended to talk to her. When he refused to stop following her, she decided to approach the law. The actress noted the number of the miscreant’s scooter and filed a complaint against him at a nearby police station.

Revamp in Store for Uttaran
One of the most popular serials on Colors TV is set to revamp its story line. To improve ratings, the makers of this hit television show have felt the need to up their game. While the serial has maintained a decent position on the charts, a recent drop in the number has become a matter of concern. The story line will go through a few changes to do well in terms of TRP. The serial scored 4154 in week 37 and showed a significant drop in week 39 with 4140.

Back From the Dead
The dead are never really dead, at least in daily soaps. Actress Eva Grover who played the role of Niharika in the current top runner Bade Achche Lagte Hain is all set for her re-entry. While most viewers heaved a sigh of relief with the death of the evil stepmother, there is more evil to come. The interesting part, according to sources, is that Niharika will actually help Priya come out of her coma. Oh, the twists and turns! Though there are no confirmed reports or comments yet, we can easily expect this to happen, right?

No more Saraswati Chandra
Star Plus’ popular serial Saraswati Chandra that was initially directed by Sanjay Leela Bhansali will possibly go off air. The serial saw a series of ups and downs during the transition from Sanjay Leela Bhansali’s hands to Sphere Origin’s and might soon end. The serial was able to cope with troubles with the new production house and got over issues like delayed payments. However, now that the crisis has cropped up again, the show may be replaced by Ekta Kapoor’s Tera Mera Rishta Purana. 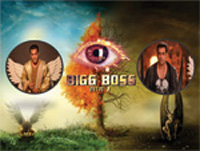 Why So Serious, Big Boss?
Well, Big Boss is all about green-eyed jealousy, gossip, controversy and a lot of hatred, whether natural or not. Things might be different in the seventh season. Apparently, Kapil Sharma has been approached to be part of Big Boss 7, and the king of comedy will hopefully bring much-needed comic relief to the Big Boss house. Kapil will be in the house for one week appar- ently. Sources close to Kapil Sharma have dismissed these speculations as rumors. As for the audience, they remain hopeful.

Gurmeet’s Big Comeback
After a hiatus, Gurmeet is ready to make a comeback with Nach Baliye Season 6. The actor has revealed an exquisitely sculpted body that will definitely earn him some extra points. Of course, his baliye Debina will be there to support him and participate with him. The audience will see the dedicated actor in a new avatar with a new hairdo and ravishing look. The actor has evidently given this show 100%. Of course, everyone is quite familiar with his dancing prowess. Whether he will be able to work the magic with Debina, we will have to wait and watch!