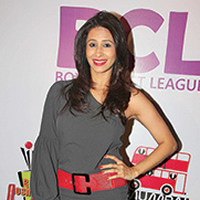 In the latest turn of events on the popular series Bigg Boss, Kishwer Merchant walked out on day 89 of the show. Kishwar, who was considered as one of the strongest contestants BB9, quit the Ticket to Finale task in the final leg and walked out with Rs. 15 lakhs.

The task began with six contestants, excluding Keith Sequira. Madana Karimi, Prince Narula, and Kishwer Merchant emerged as winners of the first leg. In the second leg, Mandana Karimi outsmarted others to leave the task with 6.33 lakhs. As strong competitors, Kishwer and Prince, were reluctant about leaving the house at this stage. But, in the end Kiswer left handing over the ‘Ticket to Finale’ to Prince Narula.

Many big Bollywood celebrities made their debut on the small screen with daily soaps or reality shows. Recent reports say, Amrita Rao will make her television debut very soon.

There’s been longtime buzz that Amrita Rao’s television debut for quite a long time now. The actress is now all set for her television debut with producer Nivedita Basu’s next. Reportedly, Producer Basu will launch a finite series Meri Awaaz Hi Pehchaan Hai. Rao will play the show’s protagonist.

Rajat Token back with a bang with Naagin

Yes, you read that right! After his fabulous historical roles on Prithviraj Chauhan and ‘Jodha Akbar, Rajat Tokas, known for his acting prowess, is all set to make a comeback to television screens with supernatural thriller, Naagin.

Reportedly, Rajat’s character will be of a Icchadari Nevla (Mongoose) who was cursed to stay in a mongoose’s body. He has to kill the Icchadari Naagin to break the spell. With the show doing so well already, it will be interesting to watch how fans react to Rajat being added to the plot.

Remember back in the 90s, when we all watched the favorite show Hip Hip Hurray!? Guess what Hip Hip Hurray! Is all set to make a grand comeback to the television screens after 15 years. One of the most popular, youth-based TV shows then, saw the debut of actors like Kishwer Merchant, Shabbir Ahluwalia, Shveta Salve and Vishal Malholtra. It was one of the first shows to tackle teenage problems back then and was an instant hit. Reportedly, the show is set to make a comeback to Indian television with a very similar concept, but with new faces as the central characters.

Ten popular showbiz couples take part in various tests to prove their love to each other. Reportedly, the latest couple to be evicted is Naved Jaffery (of Boogie Woogie fame) and wife Sadiah Khan. The couple was doing great on the show despite Sadiah Khan fighting some health issues. Sadly, recent reports state that Naved Jaffery and Sadiah Khan were eliminated in the fourth week of the show.

A baby girl it is

Nirbhay Wadhwa best known for his roles in Mahabharat, Maharana Pratap, and Sankat Mochan Mahabali Hanumaan and his wife Preeti were blessed with a baby girl on December 21, 2015.

When contacted by a leading daily, he expressed “It is the most wonderful feeling to be a father. I was in Mumbai when I got the news; I couldn’t stop myself and flew to Jaipur immediately.”

Nirbhay calls his princess Baahubali. However, the couple is yet to decide on a name for her. The name that is set as of yet is Princy, which is a combination of Preeti and Nirbhay.