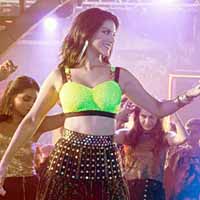 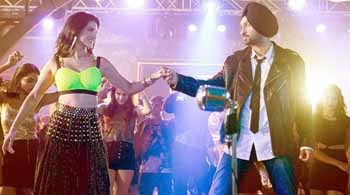 Diljit Dosanjh and Kriti Sanon appear in Arjun Patiala, which is now in theater. Recently, Dosanjh was seen on Kapil Sharma’s comedy show. The movie also has a number by Sunny Leone called “Crazy Habibi.” Sunny Leone has already won millions of hearts with her sexy dance moves in the song, along with Diljit Dosanjh.

On The Kapil Sharma Show, host Kapil Sharma teased Diljit about his experience working with Sunny Leone. The actor replied, “I completed the song in just 1 to 2 takes. It didn’t take me more than 2 retakes as we were well-prepared and clear about our parts. Having worked on several projects with different artists, I feel comfortable enough to coordinate and work with anyone in the industry.”

On the sets of TKSS, the cast of the film along with Kriti’s mother Geeta Sanon and her brother Rahul Sanon were also present with the film’s leading lady. “We went on a 50% sale shop. There, the onlookers recognized us and began gossiping, ‘Kriti’s parents are buying outfits from a 50% sale store’. At times we feel it’s better if sometimes people don’t recognize us at certain places,” remarked Geeta Sanon.