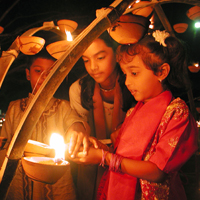 Divali Nagar, City of Lights in Trinidad and Tobago

Divali Nagar, City of Lights is an annual exposition of Hindu culture, and it is associated with the celebration of Diwali in Trinidad and Tobago. The idea of Divali Nagar was born in 1986 out of a concept enunciated by Hans Hanoomansingh, then President of the National Council of Indian Culture and was organized by a team of dedicated individuals, such as Rampersad Parasram, the first chairman of Divali Nagar.

The event be­came so pop­u­lar, the original venue was no longer large enough to house the crowd. The Na­tion­al Coun­cil of In­di­an Cul­ture (NCIC) lob­bied for the Na­gar’s per­ma­nent home to be lo­cat­ed along Uri­ah But­ler High­way. Presently, the exposition is hosted in the borough of Chaguanas. In three decades, the Na­gar has be­come part of the cul­tur­al land­scape that has served to educate peo­ple who have lit­tle knowl­edge about Hinduism. The event also en­cour­ages new gen­er­a­tions of Hin­dus to strength­en their faith.

The Divali Nagar celebration in Trinidad and Tobago is the largest celebration outside of India. Over nine days, more than 300,000 visitors attend this event. It is the most significant Indian cultural event of the Trinidad and Tobago as well as throughout the entire Caribbean. The event has set a trend in that now South Florida and other places in the US have Divali Nagars of their own. 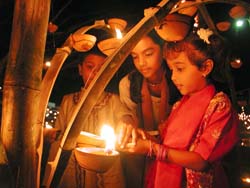 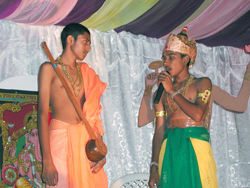 Festivities usually begin one week prior to the annual Diwali day holiday and finishes the night before Diwali. The event concludes with extensive fireworks show on the final night.

Emphasis has been given to the several cultural and religious parts of the program every year and the enormous positive impact it has had in Trinidad and the Caribbean as well as the diaspora living abroad.

Over the last few years, the exposition of Hindu Culture at the Divali Nagar has expanded with significant improvement. The celebration is annually undertaken with a theme depicting an aspect of Hindu philosophy. There are various displays that are selected to educate the visitors on the theme. Mahatma Gandhi and Swami Vivekananda were two of the most popular themes over the years. A huge statue of the Swami Vivekananda was erected on the compound and for years it brings great inspiration to visitors.

In 2016, the theme was Gan­ga Maa, which fo­cus­ed on the god­dess of the Riv­er Gan­ga (Ganges). In 2017, the theme was Hindu Symbolism. This year’s theme is Hindu Reformers.

This sacred festival brings all within the community positive feelings and is marked by unity, harmony, and festivity. It is observed and celebrated as a national holiday and unifies multi-religious, multi-cultural and multi-ethnic Indo-Caribbeans living in Trinidad and Tobago. 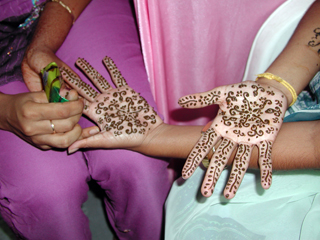 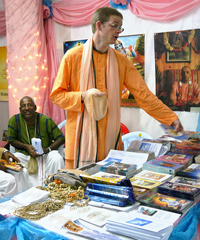