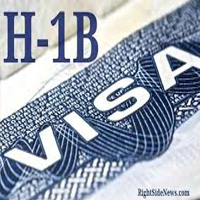 Don’t Give up hope on the H-1B Visa

To qualify for an H-1B visa, an individual must becoming to the United States to work in a “specialty occupation” that generally requires at least a bachelor’s degree.

The H-1B Visa Reform Act of 2004 provides that the first 20,000 H-1B petitions filed on behalf of aliens with U.S.- earned masters’ or higher degrees are exempt from any fiscal year cap on available H-1B visas. By May 2007, these 20,000 visas were also completely used for the government’s fiscal year beginning October 1, 2007.

Clearly, 65,000 visas is no where near the amount needed to meet the U.S. economy’s needs or demands. Fortunately, there appears to be enough of an understanding of this issue among politicians in Washington, D.C. As such, many of the proposals for immigration reform presented this year in congress have included changes to the number of H-1B visas available on an annual basis.

The proposed legislation that has received the most publicity is the Comprehensive Immigration Reform Act of 2007 (S.1348), which was introduced in the Senate on May 21st. Although most of the attention received by the Senate immigration bill has focused on the enforcement, legalization and guest worker provisions, the bill would change the existing H-1B program in a number of significant ways:

The 65,000 cap would be raised to 115,000 in fiscal year 2008 and if the cap were reached in the first half of the year, the cap would be increased by 15% in the second half of the year, and would be increased by 15% in the following year, up to a maximum of 180,000 annually. Workers would be required to possess Bachelor’s degrees in the specialty occupation in which they would work. Equivalencies based on experience would no longer be accepted. The bill would require employers to recruit for H-1B jobs so that U.S. workers could not be displaced 180 days before or after the filing of the H-1B petition. H-1B employers would be restricted in placing workers offsite. Additionally, H-1Bs would no longer be considered “dual intent” visas, making it more difficult to transition from H-1B to permanent resident status. In the Senate debate, the bill was amended to increase the training fee for H-1B visas from $1,500 to $5,000. This is in addition to the $500 fraud fee, the $195 filing fee (which will be increased to $355 on July 30th) and the $1,000 premium processing fee. The bill would permit post sixth year H-1B extensions for merit-based adjustment applicants (if the AOS application has been pending for over one year) in one-year increments, but would repeal sections 106(a) and (b) or AC-21 (which provide for one-year post-sixth year H-1B extensions where either the labor certification and/or the immigrant visa petition was pending for one year or more).

Unfortunately, last weeks efforts by Senate Majority Leader Reid failed in an attempt to have a final vote on Senate 1348. Therefore, the debates on this proposed reform are stalled. President Bush continues to encourage both the Senate and the House of representatives to find a resolution to the immigration debates. Most recently, we have heard rumors that the Senate may make one last effort to vote on this vital reform in the next week or so.

Whether or not there is any reform approved by Congress, we strongly encourage individuals to obtain the counsel of an experienced immigration attorney and to not rely on the advice of friends or notary publics.