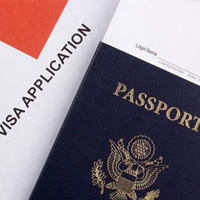 United States employers should also remember that the foreign employee does not have to be in the United States during the Green Card process, which includes Labor Certification (PERM), the residency petition, and the residency application or Consular process.

CONSIDER OPTIONS
United States employers should always consider options to the traditional employment based Green Card processes as a way of reducing the time it will take to get a prospective employee their Green Card or temporary work authorization. Options worth considering are Does the employee qualify under the EB-2 category? The EB-2 category is for permanent positions with United States employers that require at least a Master’s Degree or a Bachelor’s Degree and five years of experience in the field. The principal benefit of the EB-2 category is that Green Cards are immediately available for most countries and it is possible to go through the entire Green Card process, including Labor Certification (PERM), petition, and application, in about a year. Even for countries with backlogs, the EB-2 backlogs are much less than with the EB-3 category which is for positions that only require two or more years of training education or experience.

Is the employee outstanding or possessed of extraordinary ability? There are several categories for both the permanent and temporary employment of foreign nationals that give special consideration to persons who are outstanding or extraordinary in their field. The reason these are worth mentioning is because it is much easier to qualify as outstanding or extraordinary than one might think. To qualify, a foreign national does not have to be a Nobel Prize or Academy Award winner and only needs to satisfy a few of several possible criteria. Green Cards and temporary work visas for extraordinary or exceptional persons are currently available for all countries. In addition, in the Green Card category, persons of extraordinary ability are not required to go through Labor Certification (PERM). This means a person could qualify for a