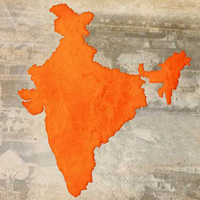 Don’t Lecture India: Look at Your Own Record 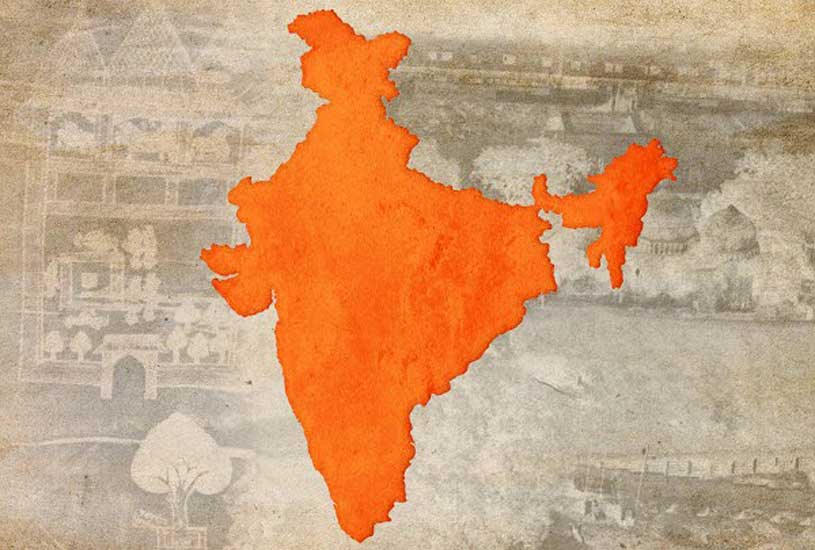 Europeans have a horrifying record regarding human rights violations. Germany is well known for an unprecedented, systematic holocaust of Jews and gypsies right in the middle of Europe only 80 years ago. Yet Britain, France, Portugal and others were as brutal with equal or even higher numbers of humans killed in their colonies. Their victims count many millions and many of them were Indians.

The Arabs, Turks and Mongols, too, have a horrifying record regarding human rights. The number of victims killed also goes into many millions, and many of them were Indians. 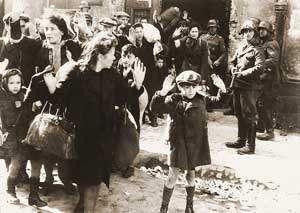 The Muslims invaded India already over a thousand years ago and were as brutal as ISIS in our times. Unspeakable torture and beheadings were done on massive scale. Even the supposedly benign “Akbar the Great” slaughtered Hindus in huge numbers. The collective sacred threads of the Brahmins massacred by him is said to have weighed 200 kilogram. Can one even imagine such incredible injustice and brutality to civilians and priests? Thousands of temples were destroyed. Hindu women were sold into sex slavery. Hindus even had to open their mouth and receive gratefully the spittle by Muslims sitting on horses, and slaughtering cows was seen as “noblest deed” because it was so painful for Hindus, as recounted in “Legacy of Jihad” by Andrew Bostom.

The brutality experienced by Hindus was so horrendous that, even in independent India, they hardly dare to complain when they are subjected to cruel discrimination. It is painful to read comments whenever Hindus are killed or raped by Muslims: “This won’t make news, as the victim is only a Hindu”. It is so sad, but understandable after what they have gone through for over a thousand years. They had no way to get justice; had to bear their suffering silently. 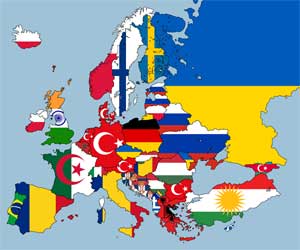 Guru Nanak cried out to the Supreme, and it is part of the Grant Sahib, “Having lifted Islam to its head, You have engulfed Hindustan in dread… Such cruelties they have inflicted and yet Your mercy remains unmoved….Oh Lord, these dogs have destroyed the diamond-like Hindustan.”

The British colonial masters were not less brutal. Their disdain for the natives was incredible. Winston Churchill is on record saying that he “hated Indians” and considered them a “beastly people with a beastly religion”. Celebrities like Charles Dickens wanted the Indian race ‘exterminated’ and considered them vile savages and Max Mueller wanted them all converted to Christianity.

Britain looted and reduced the formerly wealthiest country of the world to painful poverty, where during their rule over 25 million people starved to death, 3 million as late as in 1943 in Bengal.

The crimes of the British colonialists are, like those of the Muslim invaders, too numerous to list. They tied Indians to the mouth of canons and blew them up, hanged scores of them on trees, and even just after over one million Indian soldiers had helped Britain to be victorious in the First World War with many thousands sacrificing their lives, General Dyer gave orders to shoot at a peaceful gathering in Amritsar in 1919 where thousands died. An old coffee planter in Kodagu told me that even in the early 1950s there was a board in front of the club house in Madikeri. It read: “Dogs and Indians not allowed”. 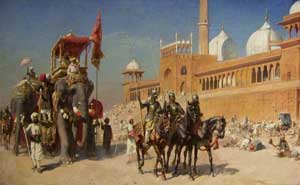 Can anyone imagine the pain those Indian generations went through, having arrogant, often uncouth ruffians looting their land and despising them as dogs?

How could Europeans and Arabs be so cruel to other human beings? The reason is that they saw themselves as superior and others not quite as human.

Religion played a big role in making them feel superior. Both Christianity and Islam teach their members that only their religion is true and that the Creator will reward them with eternal heaven, but will severely punish all those who do not follow their ‘true’ religion. If God himself will torture them eternally in hellfire, why should his followers be good to them? Wouldn’t it mean siding with God’s enemies and betraying Him?

But on what basis do they consider only their religion as true and themselves as superior? The reason is that the respective founder of their religion allegedly said so. No other reason exists and no proof. On this flimsy basis, Christians and Muslims treated other human beings most inhumanly, believing they are destined for hell while they themselves are God’s favorites and will go to heaven. This brainwashing in the name of religion happens even in our times and its effect is still not questioned and analysed. 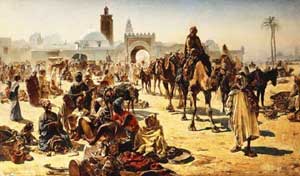 Yet today, neither white Christians, nor Arab or Turkish Muslims are constantly reminded of those terrible crimes of their forefathers. “The present generation must not be held accountable for the sins of their fathers”, is however not applied to Hindus and especially not to Brahmins. Media keeps hitting out at them as if they had been the worst violators of human rights in the past. Hinduism is portrayed as the villain due to the “horrific and oppressive” caste system.

Anyone, who knows a little about history, knows that this is false and malicious. The structure of Hindu society into four varnas or categories is mentioned in the Vedas and depends on one’s aptitude and profession – Brahmins, who memorise and teach the Vedas, Kshatriyas, who administer and defend society, Vaishyas who supply the society with goods and Shudras, who are the service sector. The varnas are not fixed by birth in texts like Bhagavad Gita or Manusmriti. But the British themselves cemented ‘castes’ (a Portuguese word) in their census and then turned around and accused Hindus of their birth-based, fixed caste system. 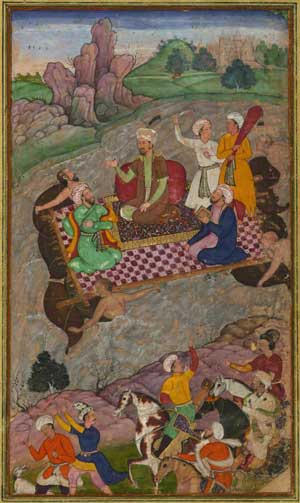 There was however one more category which the whole world has been told about and which is used to the hilt to despise Hinduism. They were the untouchables who do unclean work, like handling dead animals, cleaning sewers, etc. The fact that other varnas avoided touching them is still made a huge issue of in the West. In fact it is portrayed, as if this practice made Hindus the greatest violators of human rights and makes the millions tortured and killed by Christians and Muslims pale in comparison.

Yet there is no proof that even one of those untouchables has been killed for doing unclean work. Higher castes may indeed have looked down or still look down on those whose job involves dirt, which is unfortunately a human trait in all societies. It has nothing to do with Hinduism. Most people are aware that such work also needs to be done.

There is in all likelihood another angle regarding “untouchability”, which the British did not realize: Ayurveda knew already 3000 years ago that invisible germs can cause serious illness and those dealing with cadavers and dirt are more likely to carry and spread those. However, the British didn’t know about this fact till only some 150 years ago, when Louis Pasteur claimed that germs cause sickness. (By the way, Google describes this discovery as “crowning achievement of the French scientist”, and avoids mentioning India’s ancient Ayurveda).

Now in today’s time of “social distancing” due to the Corona Virus, we know that not touching others is a precaution to prevent potential infection and has nothing to do with discrimination. The British could have given Hindus the benefit of doubt that they avoided physical contact with certain people due to caution. But since the British didn’t have the advanced knowledge about harmful germs they could not see the possible reason behind it. 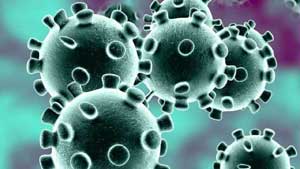 Since Independence, the caste system is officially abolished and discrimination against lower castes is a non-bailable offense. Yet the West still makes a huge issue of the caste system and untouchables. Why? Was this the greatest crime the British could find against the “natives” and therefore exaggerated it tremendously?

This is not to say that people of higher castes didn’t or don’t look down on lower castes, but the demonization of Brahmins is most unwarranted, as Brahmins are least likely to harbour hatred for others due to their strict rules for sadhana which requires them to keep a very high standard of mental and physical purity. Yet evangelicals, NGOs, international media, Muslim organisations, they all are after them and Hindus in general. They attack them for “atrocities” which never even happened, while the unspeakable atrocities, which were perpetrated upon them, are ignored. It’s a classic case of noticing the speck in the brother’s eye, but not the beam of wood in one’s own eye. 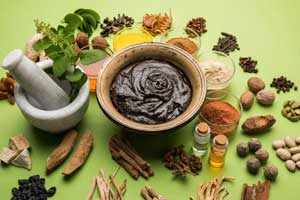 They got away with it for too long, because Hindus didn’t react. The meekness of Hindus was legendary. They were even called cowards. Yet in recent time, Hindus are becoming more assertive. They realize that the constant attacks on them are malicious, and that they are being fooled in the name of secularism because neither Christians nor Muslims can be secular. They are by nature communal because they need to make their community spread all over the world.

It is time to call out this blatant insincerity. When a head of state, like Imran Khan, accuses the Modi government in a tweet of “moving towards Hindu Rashtra with its Hindutva Supremacist, fascist ideology”, he better looks at his own country and his own ideology. A Hindu Rashtra with its inclusiveness and freedom are any time better than the exclusive, supremacist ideologies of Islam and Christianity, which force human beings into a strait-jacket of blind belief and several Muslim states threaten even today those who want to get out with death sentence. 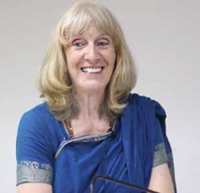 Maria Wirth is a German who stopped in India (that’s at least what she thought) on her way to Australia after finishing her psychology studies at Hamburg University. She visited the Ardha Kumbha Mela in Haridwar in April 1980 where she met Sri Anandamayi Ma and Devaraha Baba, two renowned saints. With their blessing she continued to live in India and never went to Australia.

She dove into India’s spiritual tradition, sharing her insights with German readers through articles and books. For long, she was convinced that every Indian knows and treasures his great heritage. However, in recent years she noticed that there seemed to be a concerted effort to prevent even Indians (and the world) from knowing how valuable this ancient Indian heritage, so she began to point out the unique value of Indian tradition also in the English language and shared them via a blog.

She is also the author of the book Thank you India – a German woman’s journey to the wisdom of yoga.

crimes of the British colonialists

Dogs and Indians not allowed

a German woman’s journey to the wisdom of yoga

Know Yourself Through Ayurveda
Get to Know: Sudhir Limye, Percussionist