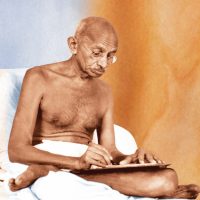 Faced with today’s crisis, what would Gandhi do? 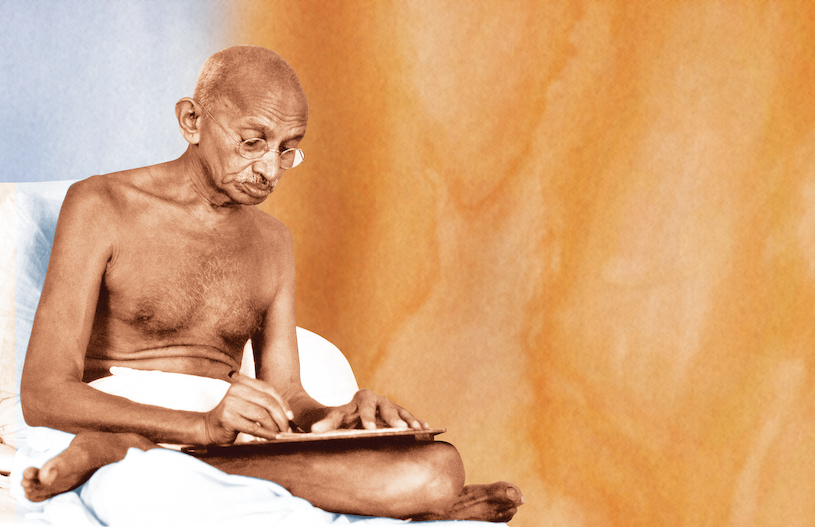 The current global crisis is multilayered. The COVID-19 pandemic, economic recession, and global warming are compounded by the void of political and moral leadership. Faced with the present crisis, what would Gandhi do?

His solutions would have some common features. First, he would not merely preach, he would act and practice himself. That is why he could make that audacious statement: “my life is my message.” We cannot. Second, he would begin action locally, not chase the world to change it. He was known to be able to see the Earth in a grain of sand. Third, he would begin with actions that initially looked small and silly. Picking a fistful of salt, for example, that eventually changed history.

This thought experiment, as to what Gandhi would do, yields a nine-point action programme.

Freedom from fear: we are gripped more by the virus of fear than by the coronavirus, and this fear pandemic has paralysed the whole world. Gandhi would ask us to first shed this fear, as he asked the Indians to shed the fear of the British. The fear, being unreal, would begin to melt away. 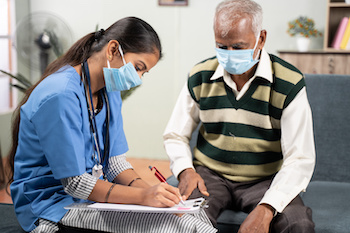 Care of the sick

Caring for the sick was his natural instinct, expressed on innumerable occasions, from the Boer War, World War I, and during the epidemics in India, to his nursing of the sick in ashrams, including the leprosy patient, the late Parchure Shastri. Hundreds of people sick with COVID-19 need physical care, nursing, and medical care. Gandhi, without fear, would personally nurse them. He would be fastidious about hygiene, cleaning, hand washing, and mask use. Since medical science does not have a single proven effective treatment for COVID-19 anyway, Gandhi’s use of the so-called Nature Cure, letting the body recover with nature’s healing power, would make sense in most cases.

Many patients with other illnesses who also need medical care are being unattended because COVID-19 has crowded them out. The medical industry’s supply of health care has proven inadequate. Gandhi’s emphasis on healthy lifestyle, empowerment for self care, and care in the community would make perfect sense.

His talisman to guide us to our duty—the most helpless and wretched human being that you ever saw—is amazing. It is quick and intuitive. It is specific to you. That one person, the symbol of the whole humanity, is your duty. Who would be Gandhi’s talisman today?

The displaced urban labourers, hungry and humiliated, walking towards the villages they once left but dying on their way, would unquestionably be his talisman. Gandhi knows enough about their misery from his final days spent among the millions of displaced victims of the partition of India. How we continue to generate similar tragedies! Shunning the limelight of Delhi, Gandhi would rush to them. He would arrange for food, shelter, and medicines, but most importantly, he would help preserve their dignity and hope. Finally, he would join the walking bands of displaced labourers as a symbol of unity with them and protest against the government apathy and irresponsibility. That would be his New Dandi March. 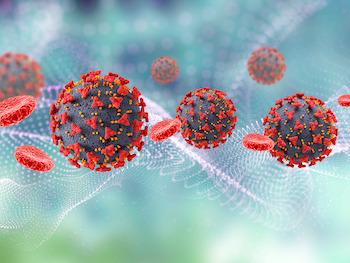 This was the last but incomplete cause of Gandhi’s life. He was deeply wounded by how Hindus and Muslims turned against each other with hatred and violence, leading to the partition of India. When severe acute respiratory syndrome coronavirus 2 (SARS-CoV-2) was knocking on India’s doors, some leaders were busy stoking communal hatred. They then blamed one religious sect for the spread of the infection. This communal division would be the foremost cause for Gandhi. He would try to unite Hindu, Muslim, Christian, Untouchables, and Tribals by living with them in their colonies, serving the sick among them, and sending them as volunteers to serve in each other’s areas, even if such efforts to unite would risk his second assassination.

My neighbourhood is my responsibility

Fear of SARS-CoV-2 and the strict lockdown have forced people to shut their doors and shut the contact with neighbours. Gandhi would not approve this. He would say, “I am responsible for my neighbours. That is my Swa-dharma, my duty—to love and serve them—especially in this hour. How can there be a neighbourhood without contact, and a community without neighbourhood?” I suspect Gandhi would even go to the extent of launching a Satyagraha or civil disobedience by challenging the ghettos created by lockdown. It takes Gandhi to take such a moral position. And when he does that, the veil is suddenly removed; one then sees clearly the depth of alienation the pandemic and fear have led us to. They have made everyone an Untouchable!

He would be truthful, ready to accept his mistakes. He had the courage to admit that he committed a Himalayan blunder in launching a national movement against the British in 1920, believing that India was ready to practice nonviolence. India was not. It was entirely his error of judgement, he said. He owned it and withdrew the national movement—even if it meant the whole world turned away from him.

Faced with the threat of the COVID-19 pandemic, the global and national leadership has committed several blunders and changed the goalposts repeatedly, from no infection, to containment, to increasing the doubling time, to the present—learning to live with SARS-CoV-2. Without knowledge about a new disease the errors of judgement are natural, but where is the honest admission of failure of the chosen strategy? Today, it is missing. Gandhi would do that. And, surprisingly, that would make people trust him even more.

Gram-Swaraj, the economy of small scale

In the past 12 years, from the recession of 2008 to the economic crisis of 2020, we have seen that a globalised economy is too fragile. It crumbles in the face of local tremors like the real estate scam in the USA or the emergence of a new virus in Wuhan. Gandhi would remind us of the humaneness and stability of local production, local consumption, and local community of relationships. He called it Gram-Swaraj. Such change in economy would invariably be accompanied by the decentralisation of political power. Globalisation has produced authoritarian political leaders everywhere. For Gandhi, the true democracy, responsibility, and relationship can be better practised locally.

There is enough on this Earth

“What about our needs?” Some modern consumers of the giant global production system would ask. Gandhi would explain that this unlimited desire to consume, the insatiable demand for the 24 h titillation and sensory pleasures, is not a need but an artificial, unnatural habit implanted in the mind. How many of these are true needs? Gandhi would say that there is enough on this Earth for everybody’s need, but not for greed. The ability to discriminate between need and greed, the ability to provide for everybody’s need, but the self control and socioeconomic design to minimise the greed—this is what Gandhi would lead us to.

If we would limit our greed, excessive production, unnecessary consumption, hedonistic travel, and mad transport, the smoke and dust would start clearing. Life would become peaceful. Skies and rivers would turn clean and blue. We would realise that we can happily live without several excesses of modern society. We have seen glimpses of this in the past 2 months, while the world has stood still.

And lo and behold. Global warming would start receding!

The final act he would advise us is prayer. At the end of each day, after we have made our best efforts and completely exhausted our options and energy, sit quietly, reflect, and submit yourself. Submit to whom? That is your choice. Submit to God, to Life, to Nature, to Truth, to History. Submit and surrender. You have done all you could. Now do not continue to carry the burden on your back. That will make you a donkey. Realise the tininess of your efforts in this infinite cosmos. Now leave it to Him. They will be done. Insha-Allah. Hay Ram—his last words when the bullets hit him.

We should not be waiting for Gandhi. We should be acting on what he would have done. 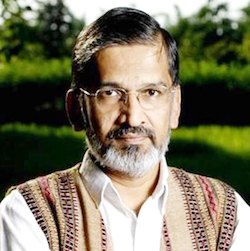 Dr. Abhay Bang was raised in Gandhi ji’s Sevagram Ashram. Inspired by the life of the Mahatma, he was driven by the idea of serving the people of rural India at a very young age. After completing a post-graduation degree as MD in Medicine, he along with his wife Dr. Rani, desired to engage in impactful public health service and research in Indian villages. This led them to attend Johns Hopkins University in the United States. Upon their return, they decided that research is to be conducted where the problems are, and not where the facilities are. In their joint quest to find effective ways of solving the biggest healthcare challenges in the community, they realised the power of community based research.

Dr. Abhay Bang is the Chairman of the Expert Committee for Tribal Health, appointed by the Government of India to frame the first Tribal Health Policy and recommend the design of Tribal Healthcare in the country. He is Advisor to the state level task force that has been constituted under the chairmanship of Chief Minister Devendra Fadnavis, to effectively implement the ban on alcohol and tobacco, and create awareness. He is also a member of the Central Health Council, the apex body of the Ministry of Health and Family Welfare, Government of India.