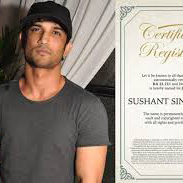 Sushant Singh Rajput’s sudden demise has shocked the nation. The 34-year-old actor died by committing suicide on June 14, 2020. His family, friends, and fans were left devastated by the death of the young and talented actor. The actor’s fans are still mourning the loss of their favorite Bollywood star. 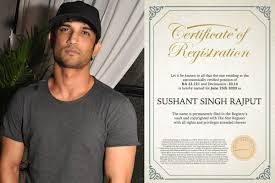 Sushant Singh Rajput was also known for his love for quantum physics and astronomy. Knowing the late actor’s love and fascination for celestial bodies, a fan named Raksha has dedicated a star in the space after him as a tribute. It is registered with an international star registry.

The fan posted the certificate of registration by The Star Register on her Twitter page that has gone viral. She tweeted, “Sushant had always been so fond of the stars and thus I found it quite fitting to name one after him. I shall forever be blessed to have witnessed such a beautiful & profound soul. May you continue to shine brightest.”

The certificate reads, “Let it be known to all that the star residing at the astronomically verified position of RA 22.121 and Declination – 10.14 is hereby named for June 25, 2020, as Sushant Singh Rajput. The name is permanently filed in the Registry’s vault and copyrighted with The Star Register with all rights and privileges attended thereto.”

Face Masks critical in preventing the spread of Covid-19: Study
Benefits of Meditation while Working from Home