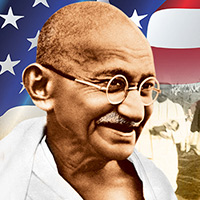 Gandhi’s Ideas of Nonviolence for Americans 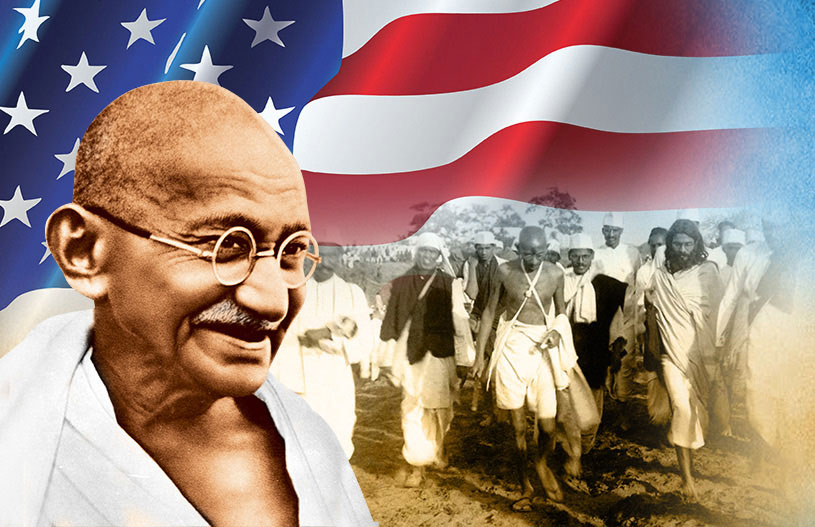 January 30, Mahatma Gandhi’s death anniversary, is marked as Martyr’s Day. Gandhi ji gave Indians the vision, courage and confidence that they were as good if not better than the Britishers and showed that they can defeat the greatest power of the world through non-violence and non-cooperation.
In this issue we will be covering a few articles on Gandhi ji ‘s principles and his influence on world leaders. 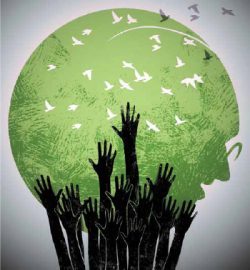 As one of the 20th century’s most iconic figures, Mahatma Gandhi’s legacy defines how many people think about peace, self-reflection and the path to a more just world. Much less celebrated is Gandhi’s friend and follower, the American pacifist Richard Bartlett Gregg.
Gregg never made any significant speeches, so no grainy newsreels feature his words. And his books are not required reading in college courses. Gregg has nonetheless been an influential figure in taking forward Gandhi’s message regarding the power of nonviolence. Gregg explained Gandhi’s ideas in a way that made sense to a Western audience. His books even influenced Martin Luther King Jr.‘s understanding of nonviolent resistance.

My own interest in Gregg was something of an accident. I’m a political scientist with interest in peace activists as agents of change. I learned of Gregg a few years ago from a colleague, who told me that dozens of Gregg’s personal notebooks were moldering in a yurt on a farm up in northern Maine. These journals soon became the subject of my scholarship. 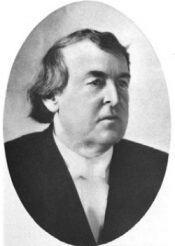 Gregg discovered Gandhi in a journal article he read in a bookstore in Chicago in 1924. Deeply impressed by Gandhi’s philosophy, at the age of 38, Gregg, a largely self-taught scholar, resolved to study with him in India.
In a long letter to his family explaining his decision to move to India, Gregg said he was so profoundly disenchanted with the violence of American labor relations and the American system that he sought alternatives.

As I write in my forthcoming book, Gregg arrived at Sabarmati Ashram in the western Indian state of Gujarat in early February 1925. Gandhi, just released from prison, returned to his home at the ashram a few days after Gregg arrived. 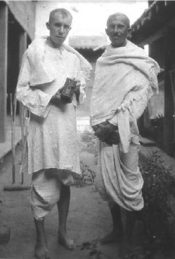 During an evening walk, Gregg writes in his notes about what he told Gandhi why he had come to India:
“I felt at first awed by his presence, but he listened attentively to what I said and made me feel entirely at ease,” Gregg recalls.

Understanding nonviolence
Gregg spent those years traveling, teaching and studying in India.
At the time, a pacifist movement was emerging around the world. Pacifists are those who believe in confronting both domestic and international violence with peaceful resistance.
Gregg learned more deeply about Gandhi’s strategy of nonviolence. He wrote an important book, The Power of Nonviolence, in his first four years with Gandhi, which provided guidance on how to make pacifism more effective. 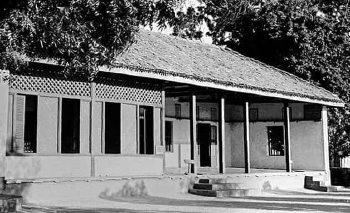 Gregg argued that onlookers should see the violent assailant, when confronted by nonviolent resistance, as “excessive and undignified – even a little ineffective.”
This was a tactic that Gandhi had used with enormous effect during the Salt March against Britain’s domination of India in 1930. The march demonstrated Gandhi’s ability to mobilize tens of thousands of Indians, who were forced to pay a salt tax to the British colonialists.

The peaceful demonstrators, who followed Gandhi to the Arabian Sea Coast to make their own salt, were beaten up and more than 60,000 arrested by British troops. The world watched, appalled at the repression of the British colonial rule. 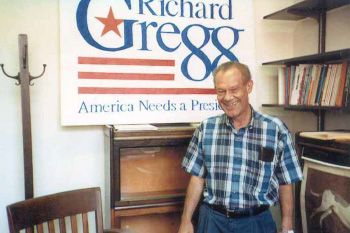 Learning from Gandhi, Gregg also wrote that nonviolent protests should serve as a media spectacle. He knew nonviolence was not passive resistance: It was an active planned strategy that required intense – even military-style – training, both physical and spiritual.

This was controversial and shocking to many pacifists. But Gregg insisted that nonviolent protest represented a war of its own.

Simplicity and harmony
Gregg learned Hindi during his time with Gandhi and came to understand the Gandhian values of simplicity, self-reliance and how to live in harmony with the world. 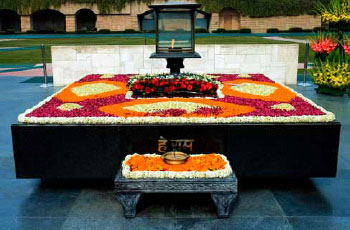 Gandhi encouraged each home to have its own spinning wheel so Indians would not have to depend on cloth made in British factories. Gregg embraced the philosophy behind each Indian home spinning its own khadi cloth and became a leading advocate of organic farming and simple living.
Like Gandhi, Gregg believed that a peaceful world could only come about as humans developed inner peace and recognized their harmony with nature.

In 1936 Gregg published The Value of Voluntary Simplicity, a term he coined while serving as director of the Quaker retreat at Pendle Hill in Pennsylvania. In that post, he continued to build on Gandhi’s belief in simple living and harmony with nature as part of the true path to peace.
He was not, however, a Quaker; he remained deeply Christian.
Although he rejected Marxism and Soviet-style socialism, Gregg came to believe that the only solution to violence and injustice lay in a complete transformation of production and consumption. 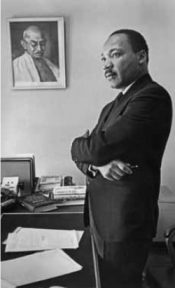 What Gregg brought to America
There is no doubt that Martin Luther King Jr. was aware of Gandhi’s ideas from other sources. But Gregg’s book, The Power of Nonviolence, deeply affected how he thought about passive resistance. Gregg put these ideas in a context that more closely fit the American civil rights struggle.
I argue, King’s writing during this period carried very similar themes and perspectives to those laid out by Gregg. King made

the distinction that nonviolent resistance was not cowardice but rather a brave act that required great training.
In 1959, King wrote the foreword for The Power of Nonviolence, having already become deeply familiar with Gregg’s earlier editions of the work. It went on to be published in 108 editions in six languages.
On the 150th anniversary of Gandhi’s birth, Gregg’s role in translating the Mahatma – meaning a great soul – for a Western audience and in being an early advocate of simplicity is worth commemorating, too.
How deeply he understood Gandhi’s ideas is evident in Gandhi’s own words, recorded in a personal letter to him from a friend in India:
“If you understood me as well as Richard Gregg does,” he once said to a group of Indian independence leaders, “I would die happy.” 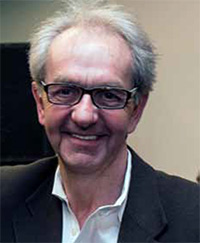 John Charles Wooding is Emeritus Professor of Political Science at the University of Massachusetts, Lowell. He earned his undergraduate degree from the London School of Economics and a doctorate from Brandeis University. He was tenured as an associate professor in 1996, and became Chair of a new interdisciplinary master’s program and department in 1997. He was awarded full professor in 2000 and served as UMass Lowell Provost from 2003 until 2007.

Indians: A Brief History of a Civilization by Namit Arora
Financial Resolutions for the New Year