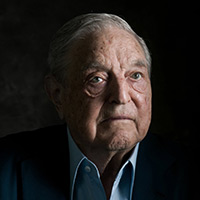 George Soros: Is He a Threat to India

By Sandeep Balakrishna and Raj Shah

In our own time, perhaps the greatest embodiment of this Asuric or demonic trait is the person of the 89-year-old George Soros who is commonly described as a philanthropist. We fail to understand the meaning of the word “philanthropy” when it’s applied to a wealthy person who arrogates to himself the right to destabilize and destroy nations based on incurable and extreme megalomania justified as a crusade against “nationalism” or other pretext. It is the philanthropy that funds cultural and civilizational genocide while wearing a tuxedo of good intentions. 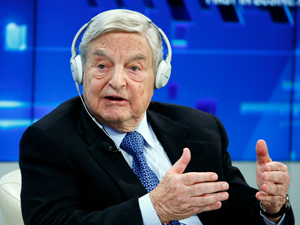 Newest Face of an Old Phenomenon

But then, George Soros is not just a person. He is the 21st century avatar of a phenomenon that India is sickeningly familiar with but has apparently learned nothing from – western colonialism wearing masks of business, capitalism, wealth-creation, reform, and benevolence leading to long-term enslavement and wholesale cultural decimation.

Well-recorded historical fact is that the vile nature of British colonialism was also largely sustained by an influential section of Indians who preferred to trade Bharatavarsha itself than live as free Indians. As we note, the same phenomenon is at work even today vis a vis George Soros.

Speaking purely in the context of India, his close ties with the Democratic Party in the United States is what enabled George Soros to massively expand his footprint in India during the Obama Presidency. It also helped that during the same period, India had a Government by, for, and of anti-India NGOs whose furtive writ superseded that of the Indian Prime Minister. 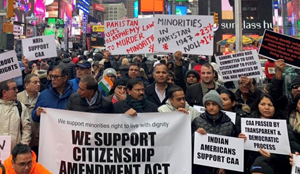 In 2013, Soros started his business venture in India through the Aspada Investment Company. This initiative was fundamentally an Indian investment initiative aimed at building an investment platform for those businesses that wished to provide a better livelihood for people. The company was directly funded by Soros’ Economic Development Fund.

Later during the Obama regime, Soros’ foundation gained further stronghold in the country and since then it has been his constant endeavor to interlope in internal affairs of the nation through the vast and interconnected network of organizations funded by him. These organizations actually dance to the tune of Soros and play a crucial role in manipulating the original narrative in order to take the help of the judiciary and media. Their every move is driven by the purpose of hindering the national interest. 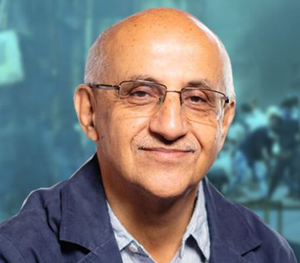 Some of the members of the NGOs that he patronized must have ideally been in prison. However, the fact that they are still strutting around with impunity, challenging the sovereign might of the Indian state on a daily basis only shows the frightening extent to which their tentacles have spread in almost all areas. Doubly frightening is the fact that these tentacles have gripped our national institutions: the higher levels of bureaucracy, judiciary, academia, and obviously, the media. One might perhaps feel a sliver of relief at how they have largely not impacted the proverbial unwashed masses that continue to attend the Kumbh and other local festivals. However, even they will not remain unharmed if the Soroses of the world are not checked urgently.

However, one must also be thankful to George Soros for finally being frank about his India-wrecking agenda in his speech at Davos in February 2020. He said, “Nationalism, far from being reversed, made further headway. The biggest and most frightening setback occurred in India where a democratically elected Narendra Modi is creating a Hindu nationalist state, imposing punitive measures on Kashmir, a semi-autonomous Muslim region, and threatening to deprive millions of Muslims of their citizenship.” This is his coming-out-of-the-closet moment as the real face of the proxy war far deadlier than the one waged by Pakistan. 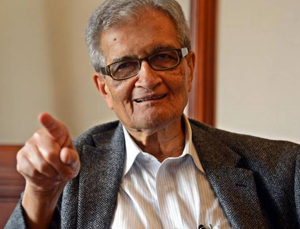 In his February 2020 Davos speech, George Soros criticized Indian Prime Minister Narendra Modi in no subtle terms. Modi’s steps towards revised citizenship norms were highly censured by him. Soros even went on to pledge a billion dollars for a university network in order to mar the spread of nationalism worldwide.

Harsh Mander, former member of the National Advisory Council (NAC) along with Sonia Gandhi, railed against the courts, Prime Minister Narendra Modi and the CAA. Mander also happens to be a member of Soros’s Open Society Foundations (OSF).

Furthermore, Mander has been a popular name with respect to other forms of unrest in the Indian capital. One of his other foundations also backed the Shaheen Bagh protests along with other anti-Modi voices on several anti-CAA forums like the ones at Jamia Milia, JNU and elsewhere. The day after Soros delivered his speech riots and mayhem broke out in northeast Delhi.

George Soros is Not Alone

Consider some NGOs and powerful individuals working with George Soros to destabilize and break India: 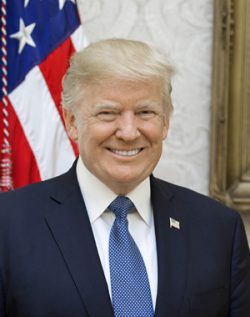 Accusations against Soros from Across the Globe

Like several others before him, George Soros did not manage to pass unscathed after his attacks on high profile world leaders. 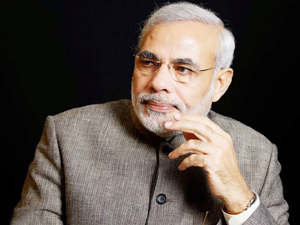 Should India Be Worried?

George Soros has been involved in acts where he has openly meddled with the internal affairs of a country by investing his money behind such negative propaganda and creating a situation of unrest and instability therein. All these attempts work towards his ultimate goal of “establishing a new world order” without nationalism.

India has all the reasons to be concerned and alarmed with Soros declaring an open war against nationalism.

Although the number of people and organizations in India under Soros and his foundation’s influence is very high, Prime Minister Narendra Modi has been aware of these motives and has been trying his best to banish such negative elements. However, the nation still needs to be worried as there are still umpteen scopes in the country for them to create further chaos and turmoil.

To cite an example of what will occur in India if Soros is not taken seriously, we can note the important fact that his own country of birth, Hungary, has declared him an enemy of the state, and in 2018, its government prepared a three-part plan titled Stop Soros Package. And it’s not just limited to Hungary. Wherever George Soros has gone, he has created and nurtured a sprawling and thriving NGO industry: most notably, almost all Central and Eastern European (the former Soviet Bloc) countries have passed stringent laws either banning or strictly monitoring his NGOs. Ukraine presents another notable case. Soros was declared the second most influential person in the country after its President, and in 2016, the Obama Government ordered the Ukranian Government to stop its investigations into his NGO, Anti-Corruption Action Centre (AntAC), which funded street protests by students against the Government. More dangerously, George Soros has funded a range of separatist movements for example, in Kosovo. The list is nearly endless but fairly representative of the mortal danger Soros poses to any country.

It is clear that Soros has followed all of the aforementioned strategies with respect to India: his latest tirade against Prime Minister Modi over the “autonomy” of Kashmir follows the same script vis a vis Kosovo. Then we’ve already seen the network of breaking-India NGOs and individuals he continues to fund. 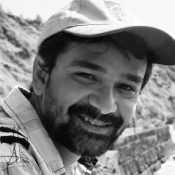 Sandeep Balakrishna is the Director and Chief Editor at India Facts Research Centre. For about two decades, he has written about Indian history, Hindu civilisation and culture. Sandeep is also a former Information Technology professional with a long and successful career at major multinational corporations. Sandeep is the founder and editor of The Dharma Dispatch, an online journal dedicated to Indian civilisation, culture and history. He is a contributing editor to Prekshaa Journal, a niche online magazine focused on Indian culture and philosophy.

21st century avatar of a phenomenon