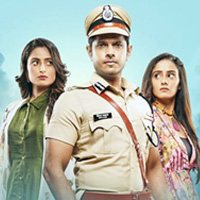 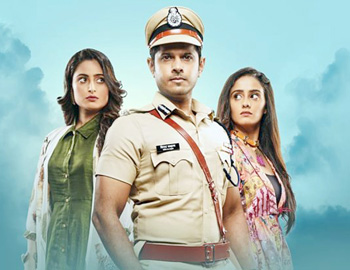 Slow but steady wins the race. This is what has happened to the Star Plus serial (GHKPM). It started at a slow pace in 2020 and was not on the TRP list at the beginning. However, after the interesting twists and turns in the story, the serial has been able to obtain its position among the top-running shows. It has secured the 5th position in the TRP list, replacing Ekta Kapoor’s popular show Kasauti Zindagi Kay 2. The story outline and its interesting turns have captured the attention and interest of the viewers.

GHKPM revolves around the story of unfulfilled love between Virat and Pakhi. Virat, the IPS officer, loves Pakhi, but was unable to marry her due to some circumstantial problems. Instead, he had to marry Sai, an aspiring doctor. Lead actors of this serial include Neil Bhatt as Virat Chavan, Aishwarya Sharma Bhatt as Patralekha, or Pakhi Salunkhe, and Ayesha Singh in the role of Sai Joshi. The performances of the lead actors have been acclaimed by the viewers. Along with that, the attire and make-up of the leading ladies have also attracted the attention of the viewers.

In a recent episode of a sangeet, both Aishwarya Sharma and Ayesha Singh received much appreciation for their blue attire and pink jewelry. Singh added dashes of green to her bangles and wore a silver necklace with pink sapphires and matching jhumkas. Sharma wore yellow and purple bangles mixed with the pink ones. Instead of jhumkas, she opted for chandballis. Both of the leading ladies looked exquisitely beautiful.