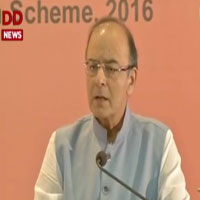 The Bill seeks to replace a string of central and local levies such as excise, value added tax into a single unified tax and stitch together a common national market.

The government has decided to table the GST Bill next week. The GST or the 122nd Constitution amendment Bill was passed by the Lok Sabha in May last year but has been pending in the Rajya Sabha.

The government, which has agreed to a five-hour debate on the GST bill in the Rajya Sabha, is keen to get the law passed during the ongoing Monsoon Session of Parliament that ends on August 12.

Narsingh Yadav case: NADA defers decision
A few fact about the city “Mohenjo Daro” before we watch the film