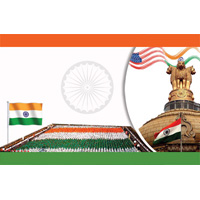 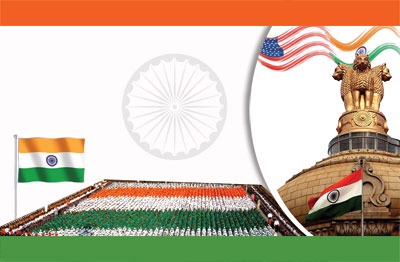 America is a superpower, and there can be no refuting that fact. However, its glory cannot be ascribed entirely to its own efforts. After all, America has grown to embrace an identity that, in fact, contains elements from various nations. From a time in 1965 when Asian Americans constituted less than a meager one percent of the population, to the present, when the numbers are significantly larger not just in terms of people but also in terms of contributions towards the success of the nation. We can now certainly say that Asian Americans have left an indelible mark on the destiny of America.

In terms of Indian Americans and their role, it is apparent that they have made much more than their presence felt. Indian Americans hold several key positions in corporations, government, and the social arena with an emphasis in decision-making functions.

Indian Americans are taken seriously given their consistent performance in academics, and they are known to be hardworking and dedicated. These traits likely explain how this group has managed to crawl steadily to the top, and Indian Americans, whether male or female, have grown to dominate many fields.

In a 2012 analysis of United States Census data, the Pew Research Center compared ethnic groups within the general American population, and statistics show that Indian Americans enjoy the highest median household income, and the highest percentage of members holding a college degree. This clearly enables Indian Americans to contribute successfully. What is important is the fact that they have been able to achieve their potential away from their native land.

While these statistics may be instrumental in telling us how Indian Americans have excelled in a variety of ways, one interesting figure shows that Indian Americans also have the lowest intermarriage rate. Looking beyond the numbers, this statistic gives us great insight on how Indian philosophy and culture have influenced its people.

It is widely known that Indian Americans ascribe great importance to family values. The joint family system and importance give to caring for the elderly is clearly of significance to them. With regard to education, parents are actively involved in helping their children with schoolwork and augment knowledge imparted at school with their own knowledge. The results are abundantly obvious, with Indian American children earning top honors in science and math competitions, geography quizzes and even the national spelling bee.

With such emphasis on parenting, Indian parents they do more than raise their children – they ensure children are able to live meaningful lives on their own. Their relationships translate into improved adult relationships, which help children cope and deal with problems along with being more socially adjusted.

Tolerance and sensitivity are other values that are highly emphasized in the Indian American community. Most Indian American families are part of one large social community that serves as a platform for them to interact socially, but also to address concerns and make significant contributions. 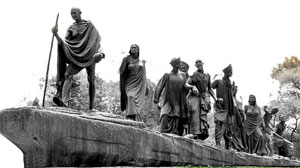 Indian American children are instilled with Indian values giving them a deep-rooted respect for the ideal of their culture. This is likely the reason that the rate of intermarriage is significantly lower in the community, and why the percentage of successful marriages is so great. They have still managed to uphold traditions and continue to follow religious and social observances. While India celebrates its fifty-sixth Independence Day, we have much more to celebrate than just the riches of our country. We must celebrate the continued resilience of the Indian spirit, within India and abroad. Though there are flaws within the Indian system, we must also be mindful of the fact that India has nurtured some of the most profound philosophies and groomed some of the greatest minds. 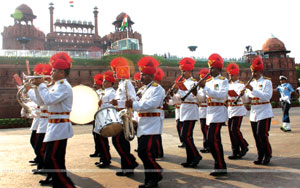 Keeping the spirit of Indian Independence into our hearts is a great responsibility, one that most bear with pride. To begin, we must respect Indian ideals and attempt to fully make them a part of our existence. We must try and do our bit to strengthen and nurture the Indian community in as many ways possible. Although Indian Americans are conscious of their responsibility and looking for ways to contribute to the growth and prosperity of India, there is still much work to be done. We need to find more areas in which our help is needed most. Finally, the most important responsibility we have as parents is to be able to educate our children about the magnificence of the India. Through its history, culture and heritage, we must try and acquaint them with the riches that we possess, and build a stronger connection. By bringing them back to India as often as possible, allowing them a personal experience and finding ways in which they can contribute to the betterment of the country, we can make certain that India will move forward with pride.