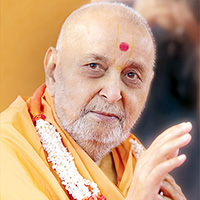 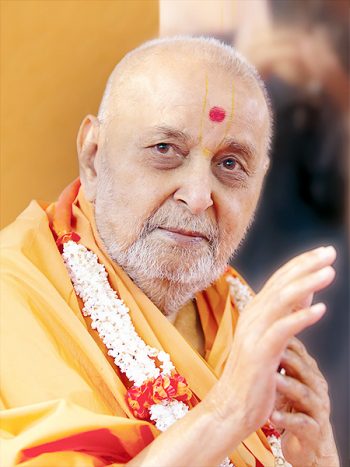 Ivory-tower religiosity is often mistaken for spiritual excellence. In actuality, the guru is venerated in Indic traditions because she or he bridges social, economic, cultural, geographic, linguistic, and political archipelagos. The guru’s relevance can be gauged by the selflessness, consistency, and equality of his love, not just for the divine but for all its creation.

In 2016, the loss of one such guru, His Holiness Pramukh Swami Maharaj, gave me a chance to reflect on the spiritual relevance and excellence of gurus in the context of my own experiences as a scholar, journalist, and believer. My reflections matured via a journey through time and space while observing Pramukh Swami Maharaj’s final rites ceremony on August 17, 2016.

Sitting under the unforgiving sun in Sarangpur, Gujarat, my mind traveled back to a dimly lit hall in Atlanta, Georgia, where a five-year-old boy doted on Maharaj. The guru was having his breakfast hours before consecrating one of the first Hindu temples in Atlanta. He smiled at the impatient child and resumed tending to the dietary needs of the senior monks and devotees. The boy was restless; he wanted his guru’s attention. Just as the guru was about to stand up, the boy entered the room with a disposable dish and glass. His hunger had overpowered his etiquette. He could feel the stern gaze of some of the sadhus and devotees. Before anyone could scold or usher the boy off, the guru called him near and asked him what he was craving. The child shamelessly poked and prodded at the guru’s dish and hand-picked his meal. The guru poured the boy saffron milk. “Swamiji, is it warm?” The guru smiled at the boy and lowered his pinky finger into the glass of milk, replying, “Yes, son. The milk is just right. Now, take your time and enjoy; I am not going anywhere until you finish.” The guru gave to the boy without desiring to gain. He simply loved. Pramukh Swami Maharaj’s ability to bow and speak to a five-year-old boy’s mind and heart illustrates the heights of a guru’s spiritual relevance. 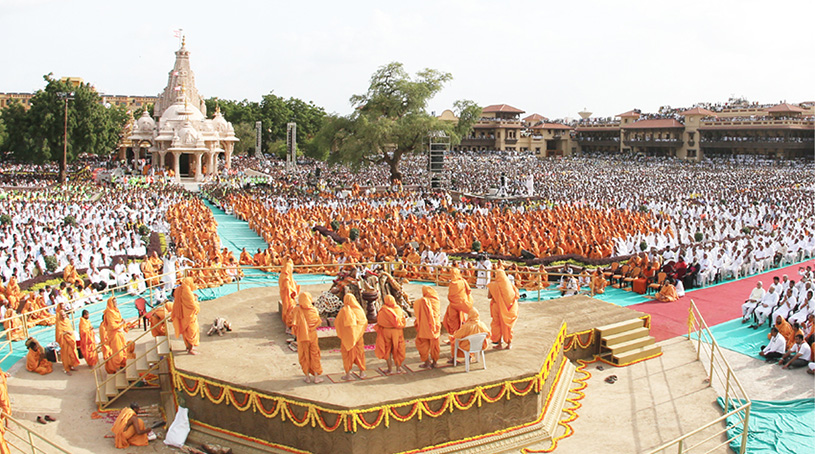 ” The guru’s relevance can be gauged by the selflessness, consistency, and equality of his love, not just for the divine but for all its creation. “ 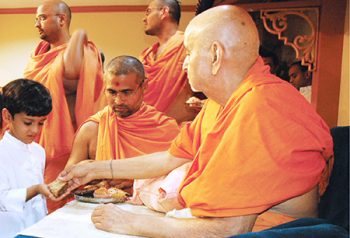 The most difficult test of spiritual relevance is time. It is a test of one’s ability to remain stable and equipoised (stithaprajna) despite the dynamic nature of one’s object of love and attention. My mind wandered again from Sarangpur, this time to a small mud hut in a tribal village in eastern Gujarat that I had traveled to in 2010 for ethnographic research. The generous hospitality of a hand-to-mouth, but content family overwhelmed me. I questioned them about the source of their kindness. The mother replied, “Sir, our guru, Pramukh Swami Maharaj, has loved my husband, my father, and my son. He has helped manage our finances during droughts, address my husband’s drinking problems, and treat my child’s physical ailments. He just keeps giving—three generations now.” The guru’s spirituality remains relevant since his selfless love never expires and, in turn, inspires service. 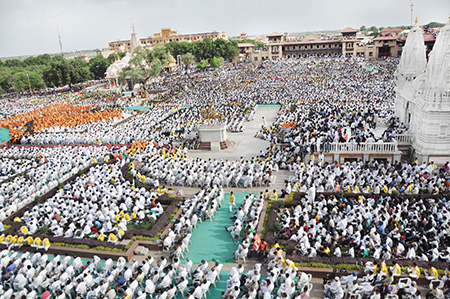 Finally, the last marker of spiritual relevance is one’s ability to allow difference, and even accept dissent. Can one love and continue to love someone who questions and even defies one’s own teachings? A guru can. My mind again drifted, this time to a cool and uncharacteristically dry afternoon in Mumbai. The guru encouraged dialogue. “Tell me something that I do not know.” I answered. He smiled but pressed forward, “Tell me something that I do not want to hear, but I should know. What do your graduate studies on organized religion teach you about our community? Speak your mind. We may see differently, but a healthy difference is key to discussion and growth.” This magnanimity allowed Pramukh Swami Maharaj to connect with diverse individuals of various religious and socioeconomic backgrounds. His ecumenical spirit of acceptance allowed him to pray for the redemption (moksha) of the terrorists who viciously attacked the Akshardham Temple in Gandhinagar. Selfless, constant love culminates into spirituality when it reaches far beyond a closes circle of allies and yes-men—when it accepts and engages with difference. 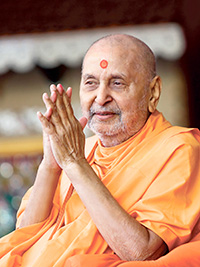 My observations of Pramukh Swami Maharaj’s life are from seemingly distinct vantage points—as a scholar, a pedagogue, and one who has basked in his warmth and love. These lessons in spirituality manifest through his ability to acknowledge these different ‘Yogis’ and provide me the space to question, lose, and once again find my way—my faith—on the spiritual path.

I was brought back to Sarangpur by the soft sobs of a few monks seated nearby. I suddenly felt the heat intensify and the breath in the air grey. After staring at the kindling pyre with moist eyes and a heavy heart, I scanned the crowd and observed that hundreds of thousands were relearning something in that moment—a lesson in love, service, and acceptance. I realized that the guru was still giving. His message was as relevant as ever. The power of one’s spirituality depends on its relevance to humankind. The ability to love selflessly, consistently, and with an open mind—where love inspires service and reciprocation—differentiates the spiritual relevance and excellence of such gurus. It is what makes them immortal.