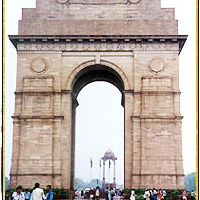 “It was not long ago that India was known to the West only as the ‘land of snake charmers’. Though this notion began to fade in the later half of the twentieth century, it was only during the 1990s that the World sat up and took notice of India as the emerging global power.”

The Forbes List of Riches have seen so many Indian as they are now, headed by the illustrious

NRI Laxmi Narayan Mittal – who has rocked the European politics for his ambitious business acquisition plans. 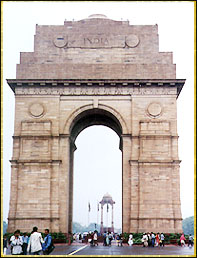 During the governance of Late P.V. Narsimha Rao, the then Prime Minister of India, the country altered its stance altogether and adopted a holistic new approach which made the ultimate magic. The Indians came to know of terms like ‘Globalization’, ‘Liberalization’, ‘Open economy’, ‘free trade’ et cetera – terms, which were all Greek to them before. The closed doors opened, markets decontrolled, licensing and bureaucracy became a thing of the past, policies liberalized and made easy – and buoyed by the favorable tide, India Inc began its sailing at full throttle.

The transformation of India from being the sub-continental big brother into one of the world’s leading economies, a responsible nuclear-weapon power with demonstrated scientific and technological competence and a stable democracy is a truly phenomenal achievement of our time. This wonder of diversity and dynamism is a result of the notable progress as witnessed in all spheres of life.

Of the many events that propelled India to the top echelon of the world, one with the most potential significance was definitely the Pokhran Nuclear Test in 1998. The incident – though condemned, invited criticism, and eventually led to imposition of various military sanctions by the developed countries – revealed the fact that India has arrived and it cannot be henceforth taken lightly. It was India’s firm stance and strong resilience to fight against all odds for its national security that ultimately got recognition – when the US accredited India’s nuclear program in 2006!

Military strength wise, India has also developed into a power of major consideration. The fact that militarily advanced nation like USA, France and Israel are often holding joint military exercise with India bears testimony to the fact.

The paradigm shift in the nation’s foreign policy from being an eternally pro-Russia from the days of Nehru to the present one with a somewhat US-centric global approach has also contributed to India’s aid. US has been vocal in considering the importance of India in global perspective, acknowledging the country’s role in all the major global issues like Terrorism, Environment, Education, Technology, etc. The EU-India relationship is also flourishing into a “strategic partnership”, satisfactory to both parties. Today there is no doubt that India is one of the six members in the global balance of power, along with the US, a Germany-dominated European Union, China, Japan and Russia.

The economy has also shown remarkable progress in the last decade. The present economic growth of 8% seems very impressive. In fact, over the past 10-15 years, economy has doubled its size; foreign direct investment is now almost 50 times what it was in 1990-91; Gross Domestic Product is growing by 6-7% every year; buoyed by the increase in Foreign Exchange Reserves almost touching $ 150 Billion, the Reserve Money growth is also on the higher side; the interest rates are showing a downward trend, the banks recovery management is working favorably, thus decreasing the NPA substantially. The equity market return is supposed to be the second highest in Asia, Corporate earnings have increased by leaps and bounds and the reflection is clearly seen in the Stock Exchange performance, where the Sensex recently crossed the phenomenal 12000 mark and still going strong. The fact that the country has over 70,000 millionaires testifies that there is substantial disposable fund in the hands of the Indians. 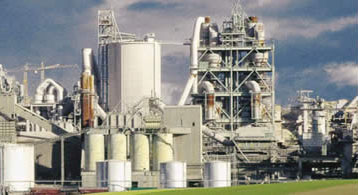 Industry wise, exports have registered positive growth all through – moving consistently to reach the $100 billion mark in the coming few years, the de-licensing of import and lowering of import duty from a monumental high of 400% in the pre-90s to the present day 12.5% (Basic Import Duty) has not only helped the raw material procurement of various Indian industries – thus improving competitiveness, but also made the Indian market a hot spot for the foreign companies –making available all world class products within the reach of the countrymen. The Foreign Investment policy, having being liberalized and allowed automatic approval up to an amount of US$500 Million, foreign funds through loans, ECB and Joint Ventures are trickling in – adding strength to the India’s economy.

The Index of Industrial production has been registering a double-digit growth, the agriculture and allied sector is following suit; the Pharma sector buoyed by India’s WTO involvement has been one of the biggest foreign earners at over Rs 15,000 Crores; notable progress has also been made in many areas that were previously off limits to reforms. Insurance has been opened to private investors, both domestic and foreign. Diesel oil and gas pricing has been partially left to market economics and symbolic reductions have also been made in fertilizer and food subsidies.

India’s WTO involvement during the last decade has encouraged our Pharmaceutical companies to adopt a strategy of R & D based innovative growth. Indian Pharma exports were Rs. 14 Billion & accounts for more than a third of the industry’s turnover. With a pleasing overall growth rate (of 6.4%) and community, social & personal services (5.9%) of all the three sectors, services have been the highest contributor to total GDP growth rate.

Progress is also witnessed in the Infrastructure sector, though the road ahead is pretty long. The Golden Quadrilateral Highway Plan, envisaging the construction of new airports, seaports, and townships has also contributed to the nation’s development.

India has steadily improved its competitiveness in the last few years, now ranking 50 out of 117 countries surveyed in the World Economic Forum’s Global competitiveness report. Infrastructure and corruption still rank high on the list of things to change, however businesses are now looking at a wider spectrum of solutions to get around traditional barriers.

No write-up about India’s progress in the recent times could be ever complete with a worthy mention of India’s invasion of the IT business. The demonstrated capabilities of Indians in the field of information technology and the indispensability of the Indian Engineers and Software specialists in the US and elsewhere also helped to project to the world the potential of India as a knowledge power. Owing to a strong foundation in technical education and computer skills, along with having a large number of English speaking skilled manpower – available at relatively low rates have contributed to an unprecedented success of the country’s human resources.

India is already well established as a major global player in software, and more than 200 of the top Fortune 1000 companies regularly outsource their software requirements from Indian firms. Many of them have in fact already invested large sums in building dedicated software development centers in India itself. Even though the Indian software industry largely works within the low-to-medium band of technical skills, the country has by now built up a reputation as a ‘value for money’ supplier and Indian firms have established strong business-to-business international contacts. Starting from a low base of less than US $ 100 million in 1989, the annual turnover of the Indian software industry touched $ 10 billion in the recent times.

IT enabled services, such as Business Process Outsourcing have been growing rapidly in the recent past and will continue to rise. It has made India a major exporter of software services and software workers. Outsourcing of jobs from the West including USA to India has been such a matter of concern for the local residents there, that even the American President Mr. George Bush is advising the schools students to study hard, else their jobs will all be gone to the Indians. 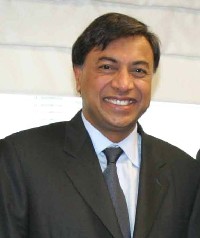 The country’s entrepreneurs and middle classes are euphoric about their new prosperity, and rightly so — they are the engines of change that will eventually modernize a whole nation. India is a focus for the twin drivers of our age: globalization and technology. Indians have truly planned to invade the world. The Forbes List of Riches have seen so many Indian as they are now, headed by the illustrious NRI Laxmi Narayan Mittal – who has rocked the European politics for his ambitious business acquisition plans.

Not only India now has several world-class conglomerates, but all the major manufacturing, retail and service houses from all corners of the world are making it certain that they have their presence in any form in India. We are now seeing all the foreign automobile, textile, fashion accessories, Jewellery, electronics, insurance and what-not brands making all possible effort to get a piece of the Indian moneybag! India is a market with potential they had never seen before, neither can they afford to miss it by any chance !

Education has also received a boost with several world-class institutes like the IIT, IIM, ISI IIFT churning out highly qualified and efficient students – who have the guts and the grit to take on any challenge. The fact that most of the graduates passing out of the prestigious Management institute – IIM are being hired on the spot by top US and European firms at astronomical compensation package clearly shows the trust of the West in Indian education and capabilities.

In other spheres of life like Sports, Culture and Movies, India is being heard everywhere. Once out of favor, the Indian Film industry is now being often wooed by the Hollywood and we find the Indian actors present in International Film Festivals as Juries and Special Guests. International Film personalities are making a trip to India to promote their films, foreign production houses are opening their shops here and also entering into joint productions; Indian Music and dance artists are making a beeline to the West to display their art and skills, painting and sculptures of Indian artists are being sold at never-before-heard prices.

Overall the progress of India in the last 10-15 years have really opened new vistas to the Indians and propelled by this comprehensive upbeat, the days to come are certainly one of India’s journey to the next superpower.

It is hence, not a mere statement, when in March 2005, the US publicly announced that it would be helping India in its efforts to move towards the status of a global power in the 21st century. It was, in fact, the international recognition of India’s potential – acknow-ledgement that India is really shining! Call it Incredible India! or Bharat Uday (India Rising) – truly we are now the dancing elephants!