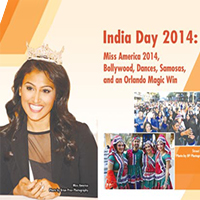 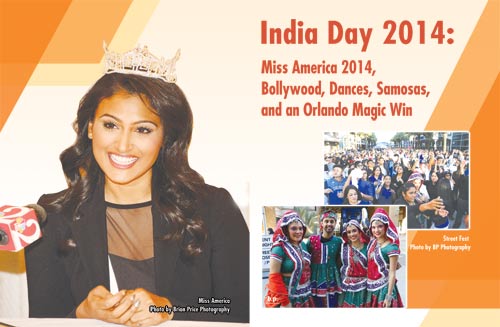 The day commenced with a news conference with the guest of honor, Miss America 2014, Nina Davuluri. Personable and charming she engaged her audience with her own personal story. Her platform ‘celebrate diverstity by cultural competency’ was especially meaningful, and her message to her fans was ‘be true to yourself.’ On a less serious note she confessed, that while she loved the sari, having grown up in America, she found Western attire more comfortable. 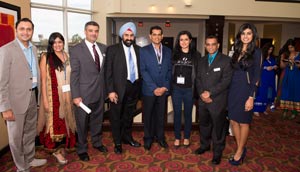 A superb lunch, catered by Aroma and Mingos was hosted at the Sheraton Downtown. The American and Indian National Anthems were sung to resounding applause and Dr. Been a Parikh gave the introductory speech, followed by Mr.Tino Patel who spoke about the inception of the organization and its long-term goals and ambitions. Thanking his Executive Committee, Leadership Committee, Volunteers, Sponsors, amongst others, he acknowledged members of other Chambers attending. He then relinquished the microphone to Orlando’s own, Ms. Ericka Dunlap – Miss America 2004, to introduce Ms. Nina Davuluri, Miss America 2014, to her fans. “Nina is a lovely young lady and I am proud of her accomplishments.”

During the late afternoon, the Amway Center was rocking! A Street Festival was underway and Orlando responded. Strains of Bollywood music set many feet a-tapping, while the scent of Indian food wafted through the air. Indian clothes were on display and the lady applying the henna was doing brisk marketing. Dance performances riveted the eyes, and a Flash Mob of fifty engaged and enthralled. 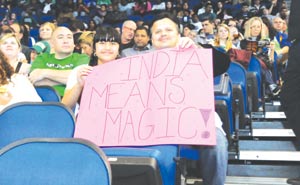 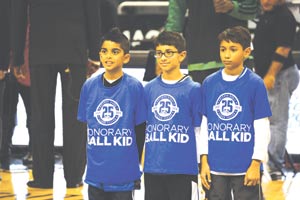 The tremendous success of the event must be shared by the management team of India Day 2014, Mr. Tino Patel (President), Dr. Amish Parikh, Dr.Varesh Patel, Mr. Jay Shah, Mr.Yog Melwani, Dr. Beena Parikh and “It’s so exciting to feel the positive energy towards the Indian culture and see people participating in the street fest activities. We are such a loving and colorful culture, and it’s important that people see some type of aspect of that. Hope this will encourage others to be curious and look into more on what being Indian means. As one of the dance performers for today, you really appreciate the warmth the Orlando Magic and the community are showing!”
– Nirali Chokshi 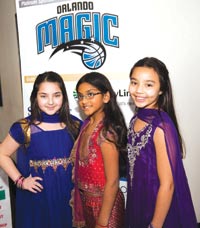 “The street fest show was amazing! The turnout was phenomenal and the performances were incredible.I have never seen so much culture represented so smoothly in a big event until India Day 2014. From turban tying to henna tattoos to a flash mob filled with Indian-style dancing, this event was definitely one I will never forget and I’m blessed to say I got to be a part of it.”
– Sara Kalwar

Mr. Sanjay Srinivasan, The Leadership Committee Chairs Neal Patel, Retu Jahan, Sara Kalwar and Prashant Patel and the dedicated volunteers. The IACC hopes to keep its warm relationship with the Orlando Magic and the other sponsors who made this event possible. As the Magic ended the night with a win, it seemed apropos to hold up the placards that read ‘JAI HO MAGIC’ and ‘INDIA IS MAGIC.’ 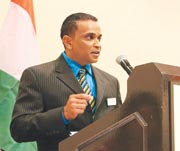 About IACC
The Indian American Chamber of Commerce aims to serve people of Indian origin and represents over a billion dollars in economic activity. To learn more about IACC, visitwww.iaccOrlando.com or e-mail info@iaccorlando.com.
Story provided by
Aruna Moidu 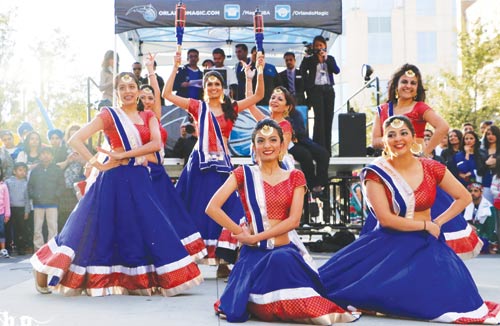