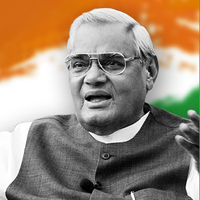 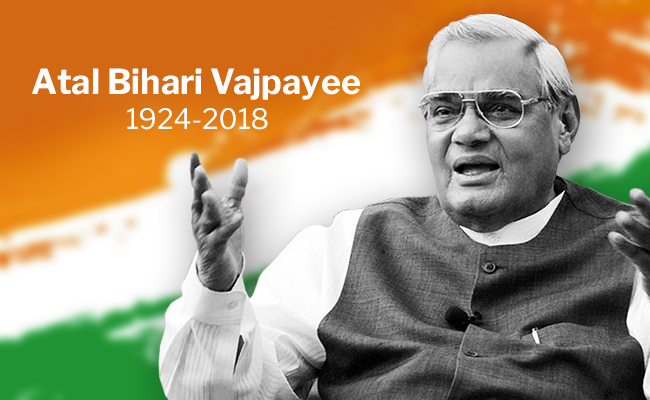 In a tweet, Prime Minister Narendra Modi  ji said “Vajpayee’s death marks the end of an era. He lived for the nation and served it assiduously for decades. It was Atal Ji’s exemplary leadership that set the foundations for a strong, prosperous and inclusive India in the 21st century. His futuristic policies across various sectors touched the lives of each and every citizen of India. It was due to the perseverance and struggles of Atal Ji that the BJP was built brick by brick. He travelled across the length and breadth of India to spread the BJP’s message, which led to the BJP becoming a strong force in our national polity and in several states.”

Dr Prathap Reddy, Founder & Chairman of Apollo Hospitals, reminisced, “An era comes to an end with the passing away of Atal Bihari Vajpayee. The nation has lost not just a Bharat Ratna, a statesman par excellence, but also an admirable human being. His gift with words, his decency and grace in dealing with friends and foes were the mark of an exemplary life in politics. His warmth and soft-spoken charming manner ensured he was loved by all whose lives he touched. He put the nation on the fast track with initiatives like the Golden Quadrilateral project, the New Telecom Policy, the Sarva Siksha Abhiyan and the Fiscal Responsibility Act that laid down the path for future governments to follow.”

Reacting to the demise of the former PM, N Chandrasekaran, Chairman of Tata Sons said, “The nation has lost a statesman of independent India. An iconic leader on the world stage, Vajpayee ji led India with great wisdom, foresight and love for the country.”

In remembering the former Prime Minister, Sunil Bharti Mittal, founder and chairman of Bharti Enterprises, called Atal Bihari Vajpayee the Father of Modern Telecommunication in India. “A great economic reformer, as a Prime Minister he was always guided by a strong conviction that liberalisation would help us realise our economic potential and ultimately open the doors to becoming a globally competitive, strong and resilient economy. He can truly be called the Father of Modern Telecommunication in India having ushered in the National Telecom Policy in 1999, which helped the industry overcome some of its toughest early challenges,” Mittal said.

Vajpayee was a member of the Indian Parliament for over four decades, being elected to the Lok Sabha, the lower house, ten times, and twice to the Rajya Sabha, the upper house. He served as the Member of Parliament for Lucknow, Uttar Pradesh until 2009 when he retired from active politics due to health concerns. Vajpayee was among the founding members of the erstwhile Bharatiya Jana Sangh which he also headed from 1968 to 1972. He was the Minister of External Affairs in the cabinet of Prime Minister Morarji Desai.

Vajpayee never married. He adopted Namita Bhattacharya, the daughter of BN Kaul and Rajkumari Kaul. He was fond of Indian music and dance. He loved nature and one of his favorite retreats was Manali in Himachal Pradesh.

He was a published poet, and with regard to his poetry he wrote, “My poetry is a declaration of war, not an exordium to defeat. It is not the defeated soldier’s drumbeat of despair, but the fighting warrior’s will to win. It is not the despirited voice of dejection but the stirring shout of victory.”

When the Janata government collapsed, Vajpayee restructured the Jana Sangh into the Bharatiya Janata Party in 1980. He was the first Indian prime minister not belonging to the Indian National Congress to serve a full five-year term. At age 93, Vajpayee was the oldest living former Indian Prime Minister.

He was conferred India’s highest civilian honor, the Bharat Ratna, by the President of India in 2014. It was declared by the Modi government in 2014 that Vajpayee’s birthday, December 25, would be marked as Good Governance Day.