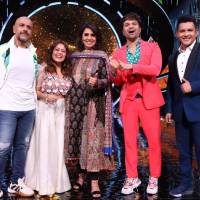 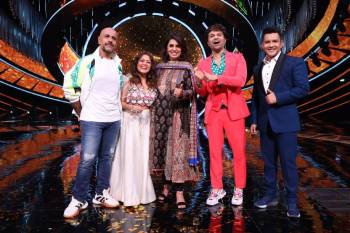 Indian Idol 12 is paying a heartfelt tribute to the ultimate idol of Bollywood, the versatile Rishi Kapoor, in one of its forthcoming shows. The top 10 contestants will sing songs from his films. To cherish the memory and relive the romance, the late actor’s wife Neetu Kapoor will be present as the chief guest.

Indian Idol is a music reality show telecast on Sony TV. Season 12 began on November 28, 2020. The judges of this season are Himesh Reshammiya, Vishal Dadlani and Neha Kakkar. The show is hosted by Aditya Narayan. Some of the winners of the earlier seasons of Indian Idol include Abhijit Sawant, Sandeep Acharya, Prashant Tamang, Sourabhee Debbarma, and Vipul Mehta.

The Rishi Kapoor special episode will be a journey down memory lane. The presence of Neetu Kapoor will grace the episode to a different level. She will share different stories of her married life with Rishi Kapoor and many other unknown stories of their romance and the Kapoor family. The pictures of the shooting have already become viral on social media. It is going to be a memorable episode remembering the evergreen Rishi Kapoor and the famous songs of his films.