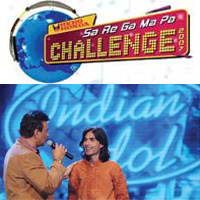 Sony Entertainment Television vouches for its popular adaptation of the blockbuster Pop Idol format that took the nation by storm in its very first season. High hopes are riding on this ‘made-for-television phenomenon’ that combines drama and reality with music, humor, thrill and glamour. The winner of the show or Desh Ki Awaaz (Voice of the Nation) will bag a recording contract with Sony BMG and will also win a contract with Sony Entertainment Television worth 1 crore Rupees. Hence, the Indian Idol’s unparalleled success and fame are quite assured. 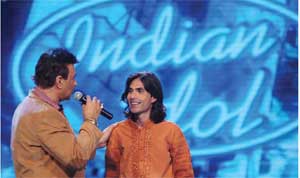 Anu Malik seems to be the perennial judge for Indian Idol who has been part of the show since its inception in 2005. Audiences can’t wait to enjoy his pep talks and ‘singing shayari’ comments that work as a stress buster for the contestants. The new season of Indian Idol has two new judges: Sunidhi Chauhan, the very talented female playback singer of the Indian film industry who shot to fame at the age of 14 by winning the singing talent show Meri Aawaz Suno in 1996, and Salim Merchant, one of the ace music directors of the industry who has been rendering his music for over a decade now and has given musical hits in films like Iqbal, Chak De India, Rab Ne Bana Di Jodi and Fashion. The judges having spent numerous hours listening to countless wannabe singers, have been slowly trying to find the Indian Idol of the year by selecting the nation’s exceptional top 17 singing sensations and then finding the top 12 from among them! The contenders each stand a chance to win a once-in-a-lifetime opportunity to be a playback singer in a forthcoming movie of Yash Raj Films. 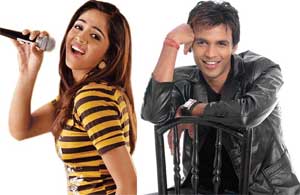 Speaking about her experience on the sets of Indian Idol 5, Judge Sunidhi Chauhan says, “I am here to look for the right voice. I don’t relate to the concept of ‘complete package.’ I want candidates to use every shade of their voice. If a contestant is at ease singing genres like jazz, contemporary or classical, he will undoubtedly make it to the top in the industry. And this is what should ideally be meant by a singer being a ‘complete package.’ Abhijeet Sawant is one such singer who has made his own recognition in the masses.” She adds, “I want to be a fair judge and help people find their true calling rather than humiliate them, like on a lot of reality shows.”

Deeply affected by the annoyance expressed by the audience over the quality of candidates selected last year, Anu Malik seems pretty confident about his selection of candidates this year. “In Indian Idol 4, media and viewers would often complain that contestants could have been better. These comments could hurt last year’s candidates and their supporters. However, as a person, I appreciate constructive criticism. For this reason, we judges took it upon ourselves to make sure that the current lot really fits the tag line, Desh ki Awaaz,” says Anu Malik. 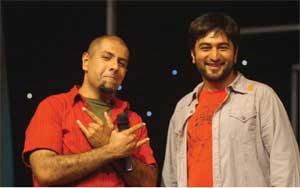 Meanwhile, Zee TV is busy with auditions for its famous music reality show Sa Re Ga Ma Pa Singing Superstars. The announcement of the new season came as a great relief to the fans of Sa Re Ga Ma Pa who got quite anxious with the popularity of Dance India Dance on Zee TV. Known to have created history as one of the longest-running musical competitions on television, the new season took off from Indore, Guwahati, Bhubaneswar, Kolkata, and Bangalore among many other cities this year. An added uniqueness to the show will be participation from contestants in Dubai, New York, London, South Africa and four cities in Pakistan. Local judges of the contest will screen candidates on the basis of their knowledge of music, an appealing voice and an impressive stage performance.

While not much has been revealed about the show as Zee TV officials are expectedly remaining tight-lipped about the project, this time the spirit of the show is young than ever before. With young talents like Sajid-Wajid, Vishal-Shekhar and Daler Mehendi for judges, the show bears the promise of a fine blend of its own glorious heritage with the spunk and vibrancy of today’s times. A fresh look, a hip and happening set, a hit anchor and an instantly catchy brand-new title track will lend a very contemporary feel to the show and motivate the youth to deliver one breath-taking performance after another! The quest at Sa Re Ga Ma Pa this year is to hunt out India’s ‘Singing Superstar’ – not just a good voice, not a playback singer but a youthful voice that can rock the nation!

Vishal Dadlani confirmed the news saying, “I am looking forward to judging the new series of Sa Re Ga Ma Pa. This is a new, younger, cooler version of the show but as always we’ll try to maintain the soul and vibe of the original show. Talent above all.” The music reality show that has been a musical retreat for audience for over 17 years gets its name from the first few notes of the standard octave in Indian classical music. The show is likely to start soon after DID Little Champs is over.

Well, music lovers certainly have a lot to look forward to this season!