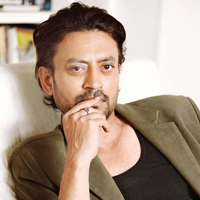 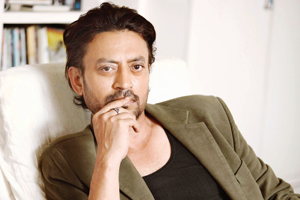 Beloved actor Irrfan Khan returns to India after extensive surgery and treatment in London. Khan was diagnosed with a neuroendocrine tumour over a year ago and sought treatment in privacy, away from intrusive speculation. He is back in Mumbai amongst his friends and family as he celebrates his 53rd birthday on January 7.

Fans of Khan’s prolific talent rejoiced at his recovery and await his return to the big screen in Homi Adajania’s Angrezi Medium, which is set to release in March 2020. Maddock Films released the first look of Irrfan in the film on their official page on his birthday as a surprise for Khan’s fans.

Khan reunites with Deepak Dobriyal in Angrezi Medium after 2017’s Hindi Medium where their characters formed an unlikely friendship and delivered some of the film’s most memorable and heartfelt moments. The return of an artist of Irrfan Khan’s caliber and his control of the craft has audiences salivating with anticipation. Khan’s child-like smile in the first look from Angrezi Medium promises to transport you to a delightful and buoyant time you didn’t realize you missed.