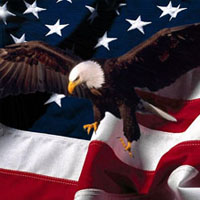 The L‑1 visa status is issued to an executive or manager of a company which has employed the foreign national abroad for at least one year prior to entry into the United States, and who is coming to the U.S. to accept a management/executive position with an affiliated company based in the United States.

The L‑1 visa category may also be available to employees of the foreign company who possess “specialized knowledge” essential to the business.  One of the main advantages of the L‑1 visa is that it usually facilitates international travel and it can be obtained in a relatively short time (currently 3 to 6 weeks from the date the petition is submitted to the Immigration Service for processing).

Please note that foreign and U.S. companies will support an L‑1 visa if one is a subsidiary of the other, if both subsidiaries of the same parent, if they are not corporations but mutually owned by the same entity or person, or are engaged in a joint venture project.

The length of the visa will depend upon the nature of the U.S. employer.  If the U.S. employer is opening a new office, the initial grant of the L‑1 visa will be for only one year.  The theory of USCIS (United States Bureau of Citizenship and Immigration Services) is that the L‑1 visa may be used to start a U.S. company, but extensions of the L‑1 visa status must depend upon the viability of the U.S. company.  In other words, at the end of the first year, the U.S. company must have established operations and employees, or the USCIS may deny further extensions.  If, at the time the first L‑1 petition is filed, the U.S. employer has operated longer than one year, and employs other staff who will be managed by the L‑1 manager/executive, the initial L‑1 visa may be granted for a period of up to three years.  Additionally, the foreign company must continue to do business throughout the term of the L‑1 visa.  We would need, therefore, to document the activity of a client’s foreign company which employed the client abroad.  Also, the foreign national cannot shut down the foreign operation until the foreign national completes his or her permanent immigration. 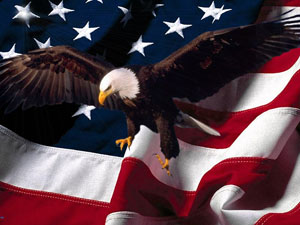 As mentioned above, under current regulations the L‑1 visa status will be granted for an original period of one year if the U.S. company has not been active for at least one year, and for an initial grant of three years if the U.S. company has been active for the year before the foreign national applies.  At the end of the first year, if the U.S. company can document that it has employees, is able to pay their salaries, and is actively doing business, an extension of the L‑1 status for an additional two year period is available.  There is a limit of five years in the L‑1 classification.  (A sixth year extension can be granted in some rare cases.)

As explained, one of the major advantages of the L‑1 visa is that it allows the U.S. company to file an immigrant petition to hire the foreign national on a permanent basis without going through the lengthy and costly process of filing an application for labor certification.  It is a shortcut to the “green card.”

Important Definitions according to Immigration and Naturalization Services (INS):

Managerial capacity: an assignment within an organization in which the employee primarily directs the organization or a department or subdivision of the organization, supervises and controls the work of other supervisory, professional, or managerial employees, has the authority to hire and fire or recommend those as well as other personnel actions (such as promotion and leave authorization), and exercises discretionary authority over day‑to‑day operations.  The term manager does not include a first‑line supervisor, unless the employees supervised are professional, nor does it include an employee who primarily performs the tasks necessary to produce the product and/or to provide the service(s) of the organization.

Executive capacity: an assignment within an organization in which the employee primarily directs the management of an organization or a major component or function of that organization, establishes the goals and policies of the organization, component or function, exercises wide latitude in discretionary decision‑making, and receives only general supervision or direction from higher level executives, the board of directors, or stockholders of the business.  This definition does not include an employee who primarily performs the tasks necessary to produce the product and/or to provide the service(s) of the organization.

Mr. Kuck is the Managing Partner of Kuck Immigration Partners LLC-The Immigration Law Firm, and oversees its nationwide immigration practice. His practice focuses on U.S. Immigration and Nationality Law and international migration matters. Mr. Kuck assists employers and employees with business and professional visas, labor certifications, immigrant visas, consular representation, and citizenship matters. Mr. Kuck also maintains an active Federal Court practice focusing on immigration issues. He has represented asylum seekers in more than 400 trials before the Immigration Courts. Mr. Kuck also advises employers on compliance procedures in verifying the work eligibility of all new employees as required under the I-9 employer sanctions provisions of the Federal Law and is a leader in training and compliance with programs on the E-Verify and IMAGE. His clients include technology firms, manufacturers, multinational corporations, individual investors and entrepreneurs, as well as families, individual immigrants and asylum seekers.

US IMMIGRATION: WHY DOES IT TAKE SO LONG?
Maintain Your Green Card