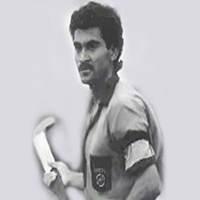 Last rites of Mohammad Shahid to be performed today

Rich Tributes paid to the magical dribbler of Hockey, Mohammad Shahid who passed away on Wednesday, Last rites to be performed today, Prime Minister Narendra Modi expresses grief, describes him as an extremely talented player.

Indian hockey legend Mohammad Shahid, who was being treated in a private hospital in Gurugram, passed away on Wednesday due to multiple organ failure.

The 56-year-old legend was admitted to a private hospital in Gurugram earlier this month after a bout of jaundice and dengue made his condition worse.

He was airlifted from Varanasi.

Known for his dribbling skills, Shahid was considered one of India’s greatest hockey players.

He was a member of the V Baskaran-led Indian team that won a gold medal at the 1980 Moscow Olympics.

He was also a part of the national team that won a silver medal at the Delhi Asian Games in 1982 and bronze in the Seoul Asiad in 1986.