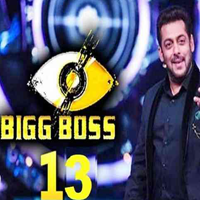 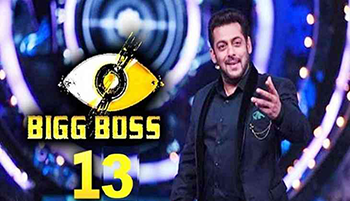 The excitement for the upcoming season of the reality show Bigg Boss, is at an all-time high this year. The show hosted by Salman Khan has already been generating a lot of buzz thanks to the mystery surrounding its premise and the contestants. The latest update on Bigg Boss 13 is that Salman Khan has shot the first promo of the show. And he will be sharing screen with TV’s popular actors, Surabhi Jyoti and Karan Wahi.

In the promo, Salman will be seen flirting with Surabhi while jogging. He will also give her a bouquet of flowers. But his flirting will be cut short with the entry of Karan Wahi, who will be playing Surabhi’s on-screen lover. A behind-the-scenes photo from the promo shoot was released by Colors TV on their Instagram page. In the photo, Salman can be seen in a gym outfit.

The new season of the show will begin from September 29.  Here are some celebrity names that said to be confirmed for the show, according to the latest news sources:

Mugdha Godse – She is known for her role in Madhur Bhandarkar’s Fashion, along with Priyanka Chopra and Kangana Ranaut.

Mahika Sharma – Model and TV actress, who has been in the news for her relationship with British adult film star Danny D.

Devoleena Bhattacharjee – One of the most popular bahus on Indian TV, she played Gopi in Saath Nibhaana Saathiya.

Rajpal Yadav – Another Bollywood actor and comedian who doesn’t need any introductions.