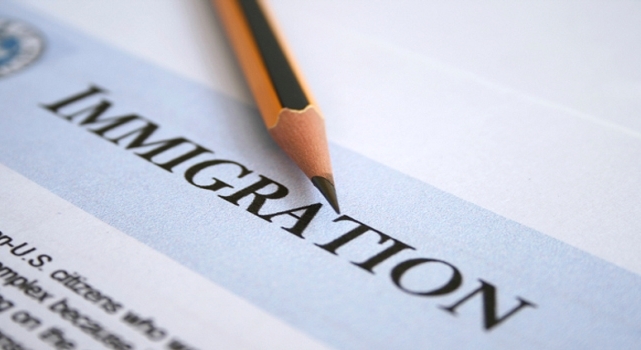 Recently this office was hired by James a 23 year old young man to process his Labor Certification. The client was presently illegal in the USA and believed that unless a new law was passed he could not legalize and get a greencard. After interviewing him we learned that in 2001 his father filed an Immigration case. Ultimately his father’s case was never approved. It turned out that because the father’s case was filed in 2001 and James was under 21 years old he was covered or “grandfathered” under an older law called 245i. This law allowed James to obtain his greencard. The following is how we succeeded.

First we filed a Labor Certification

After the Labor Department has approved the case it is submitted to the Immigration Service along with a work permit application, a petition and a greencard application. In the event that the immigrant was out of status or illegal the employer would first file the petition alone which would allow for the renewal of a Florida Drivers License. We have found that many who are illegal choose to complete this process simply in order to obtain a Florida Drivers License.

What does this fast process mean for Immigrants and how did James benefit?

By far the most important aspect of this regulation is the speed by which an immigrant can be approved. Think it through. Assume the Labor Department takes 90 days for an approval. Also assume it takes your attorney 60 days to prepare the case. You are looking at 5 months for a PERM labor certificate approval. Just after the approval you file the work permit, petition and possibly greencard. Work permits are processed by the Immigration Service in 90 days or less. This assumes you are still in legal status with a valid I-94 card. If you are not in legal status you can still file the PERM labor certificate and be approved. You can also file the petition and have that approved. Note that with the petition you can obtain a Florida Drivers License.

Even though James was illegal he was covered by 245i because of his father’s old case. Therefore after his labor certificate (PERM) was approved we applied for his work permit and greencard. James has received his work permit, social security card and drivers license. We expect to receive James’ greencard shortly.

245i is a law which allows illegal immigrants with, expired I-94 cards, to pay a $1000 penalty and be excused from being illegal and working without permission. Although 245i expired in 2001 tens of thousands of immigrants are grandfathered or covered under this law for the rest of their lives. You may be one of them!

To be covered you must have had a petition (family case, religious case, or employment case) or labor certification filed for you prior to April 30, 2001. It is not necessary that the case ever have been approved, just filed. Believe it or not even if the case was not filed for you but for your spouse or parents you still may be covered by 245i. Consult with a lawyer if you, your spouse or your parent filed a case before April of 2001.

Shayne Epstein is an immigration lawyer in private practice in Pompano Beach, Florida representing clients throughout the USA.