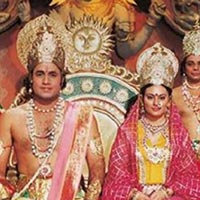 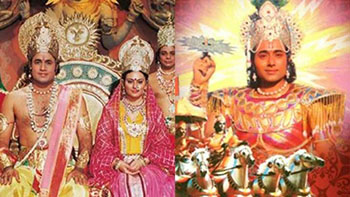 With the lockdown forcing everyone to sit inside, epics like Ramayana and Mahabharata continue to garner record viewership over the last three weeks. According to stats, Ramayana saw a large viewership surge in its third week.

DD National has many popular shows on deck now. All of its popular shows are now back including The Jungle Book, Shaktiman, Chanakya, Byomkesh Bakshi, Buniyaad and Chanakya. The COVID-19 crisis has proved to be very beneficial for DD Bharati and the channel has witnessed a drastic rise in viewership. The national channel is now the best ranking Hindi Channel of India.

From Neha Kakkar to Bharati Singh: filming at home trend of the hour
Kapil Sharma to shoot new content from home and re-launch show