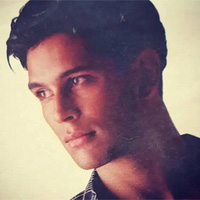 Famous model and actor Milind Soman recently shared the picture of his first ever modeling assignment. The actor made fans nostalgic when he shared the picture back from 1989 – revealing that in those days he was really shy and had no clue that modeling was a career option. Milind shared that the only reason he took that first modeling assignment was because he was offered 50,000 INR for an hour’s work. Milind got an unexpected phone call when he was tempted to say yes because of the huge sum offered. 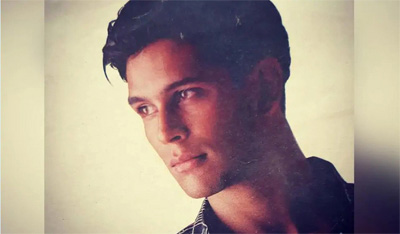 The actor revealed that his first shoot was only a few hours long. Milind was born in Glasgow, Scotland, and he came back to Bombay in 1973 with his family when he was seven years old. He holds a diploma in electrical engineering as well as a commerce degree. The actor was married twice and his current wife is Ankita Konwar. The couple recently married in Alibaug on April 22, 2018.

After achieving stupendous success in modeling, Milind Soman forayed into a television career. He acted in shows like Captain Vyom and Sea Hawks. Milind also played the lead role in movies like Formula, Chef, Jurm and Bajirao Mastani. Many will remember Milind Soman being featured in the famous 1995 music video titled “Made in India.”

The actor is all set for his web series debut produced by ALT Balaji. The series is titled Paurashpur and will be streaming soon.

Veteran Actor Mithun Impresses Director Vivek Agnihotri
Sovereign Self: Claim Your Inner Joy and Freedom with the Empowering Wisdom of the Vedas, Upanishads, and Bhagavad Gita