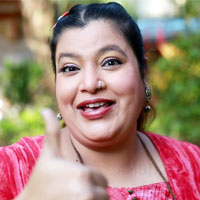 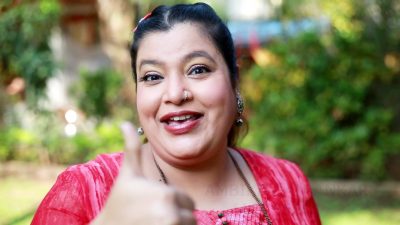 Tarak Mehta ka Ooltah Chasmah is still going strong after being introduced in 2008, making it a legend among serials. Each of the stars has a unique fan base besides being household names. You all know of Jethalal, Daya ben, Babitaji and Tapu. Ambika Ranjankar’s Mrs. Komal Hathi may not be quite as popular, but her performance still is spectacular. She does have a nice screen presence and a bewitching smile.

Not many know that she was once part of an Ekta Kapoor show. Which one, you ask? The show she starred in was Kasamh Se in 2007. Ambika shared on Instagram an old picture of her from the serial, reminiscing about the show and lamenting the lack of friends. Despite a busy schedule Ambika still finds time to be active on social media and update her fans. You will find quite a few throwback pictures on Instagram. She took time to wish Bhavya Gandhi a happy birthday. Bhavya played the role of Tapu in the old show and Ambika wished him happy birthday and hoped he would realize his dreams.