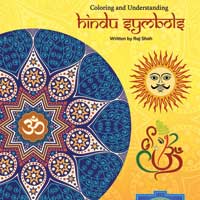 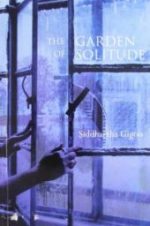 The Garden of Solitude
by Siddhartha Gigoo

The exodus of Kashmiri Pandits due to the increasing militant actions in the valley is one of the saddest parts of Kashmir’s history. In Siddhartha Gigoo’s The Garden of Solitude, we meet one such Kashmiri Pandit boy, Sridhar. Forced to flee his beautiful valley, Sridhar has now settled in Jammu, but the call of his beautiful home often leaves him restless. The book beautifully portrays the sentiments of people torn away from their homes, and how they manage to survive their new reality. 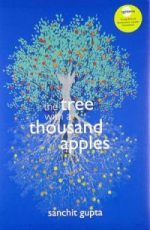 The Tree with a Thousand Apples
by Sanchit Gupta

The fate of three childhood friends in Kashmir changes forever on the fateful night of January 20, 1990. The exodus of Kashmiri Pandits divides the three friends, as one is forced to leave everything behind and settle elsewhere. Twenty years later, following the harsh realities that life has dealt them, and with Kashmir continuing to be a victim of terror, the three friends reunite once again. Will the three friends manage to come together even though they’re each carrying old wounds and the grief of communal divisions, or will they forever remain separated by the exodus that ruined thousands of lives? Sanchit Gupta’s poignant book is a story of the exodus of Kashmiri Pandits that portrays how a single incident proved to be disastrous across different communities. 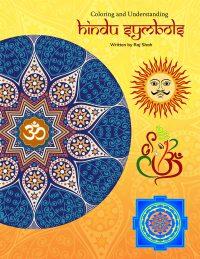 It has been said that the Hindu religion includes some of the most effective uses of symbolism among all other religions. Some Hindu symbols represent Hindu teachings and values, while others represent Gods and Goddesses.

The Coloring and Understanding Hindu Symbols book brings you a collection of the most common Hindu symbols such as Gods and Goddesses, Yantra, Mandala, and other spiritual and religious symbols. The book also includes easy to understand descriptions for each category of symbols as well as black and white templates to color and already colored examples at the end of the book.

The book is available online at www.deshvideshpublishing.com and www.amazon.com. 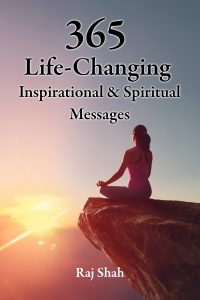 Brighten your days and enrich your life with uplifting and motivational messages from world renowned Hindu Social Reformers, Spiritualists and Religious Leaders.

In these times, we can all benefit from some inspiring words to get us through the day and bring us back to positive thinking. From the beloved Gandhi ji and Rabindranath Tagore to Swami Vivekananda and Satya Sai Baba, their words are sure to bring some comfort to all readers young and old.

The following list includes their name and one popular and uplifting and motivational quote.

Adi Shankara
“Give up identification with this mass of flesh as well as with what thinks it a mass. Both are intellectual imaginations. Recognize your true self as undifferentiated awareness, unaffected by time, past, present or future, and enter peace.”

Anandamayi Ma
“Reality is beyond speech and thought. Only that which can be expressed in words is being said. But what cannot be put into language is indeed That which Is.”

Chaitanya Mahaprabhu
“Be more humble than a blade of grass, more tolerant than a tree, always offering respect onto others and never expecting any in return.

Dada Vaswani
“Spirituality is a science; it concerns the discovery of oneself in all.”

A.C. Bhaktivedanta Swami Prabhupāda
“Everyone in the world is a Devotee! That is a very great dream, and my desire.”

Eknath Easwaran
“Of all that is wonderful in the human being, our most glorious asset is the capacity to change ourselves.”

Dayananda Saraswati
“He is good and wise who always speaks the truth, acts on the dictates of virtue, and tries to make others good and happy.”

Gautam Buddha
“Faith and prayer are both invisible; but they make impossible things possible.”

Guru Nanak
“There is one God who dwells in every one of God’s creations and constitutes the Eternal Truth.”

Maharishi Mahesh Yogi
“Meditation is the straight flight of the mind to the kingdom of Heaven present in the heart of everyone.”

Mahatma Gandhi
“We often confuse spiritual knowledge with spiritual attainment. Spirituality is not a matter of knowing scriptures and engaging in philosophical discussions. It is a matter of heart, culture, of immeasurable strength.”

Mahavir Swami
“Do not injure, abuse, oppress, enslave, torment, torture or kill any creature or living being.”

ParamahansaYogananda
“Possession of material riches, without inner peace, is like dying of thirst while bathing in a lake.”

Ramakrishna Paramahamsa
“The breeze of His grace is blowing day and night over your head. Unfurl the sails of your boat(mind), if you want to make rapid progress through the ocean of life.”

Ramanujacharya
“Let it be engraven upon your heart that no one reaches the feet of the Lord sooner than he who ever remains devoted to the service of his servants.”

Sarada Devi
“If you want peace of mind do not find fault with others. Rather see your own faults. Learn to make the whole world your own. No one is a stranger, my child, the world is your own.”

Sathya Sai Baba
“Do not get attached to worldly things and pursuits. Be in the world, but don’t let the world be in you.”

Sahajanand Swami Swaminarayan
“Non-violence is the greatest of all religions.”

Sri Aurobindo
“The whole world yearns after freedom, yet each creature is in love with his chains; this is the first paradox and inextricable knot of our nature.”

Swami Ramdas
“Let us do such deeds so that our good name remains even after our body perishes. Let us do all goods sincerely and honestly. Others should benefit from our actions and deeds.”

Swami Vivekananda
“You have to grow from the inside out. None can teach you, none can make you spiritual. There is no other teacher but your own soul.”

The book is available online at www.deshvideshpublishing.com and www.amazon.com.

The Garden of Solitude

The Tree with a Thousand Apples