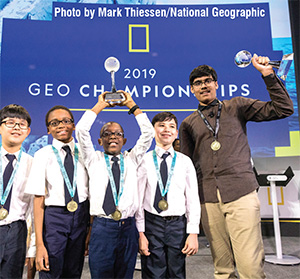 Nihar Janga placed first by surviving five tie-breaker question rounds. He gained an edge over Attreya Mallana, a 6th grader from William Diamond Middle School in Lexington, Massachusetts, by correctly answering “Finnmark Plateau” in response to the question “More than one-third of Norway’s northernmost county is located on what plateau?” 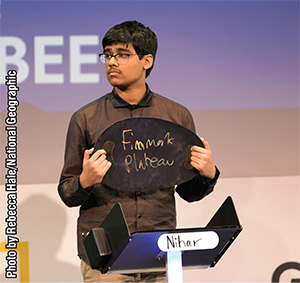 The mental battle in Washington, D.C., was among 100 young brains with Janga finally winning the prestigious competition by answering to host Mo Rocca’s final question. Janga fell to his knees after being declared the champion of this year’s National Geographic GeoBee National Champion.

This wasn’t Janga’s first time participating in the competition. Last year, he made it to the finals round. Janga also won the 2016 Scripps National Spelling Bee championship.

For the last 30 years, National Geographic has held this annual competition, and Janga is a fresh entry on the list of winners. We congratulate Janga for the honors and wish him good luck for his studies and upcoming endeavors with National Geographic! 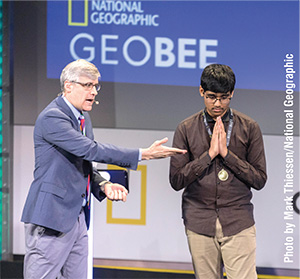