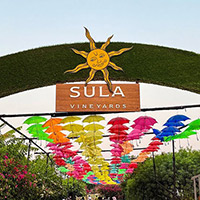 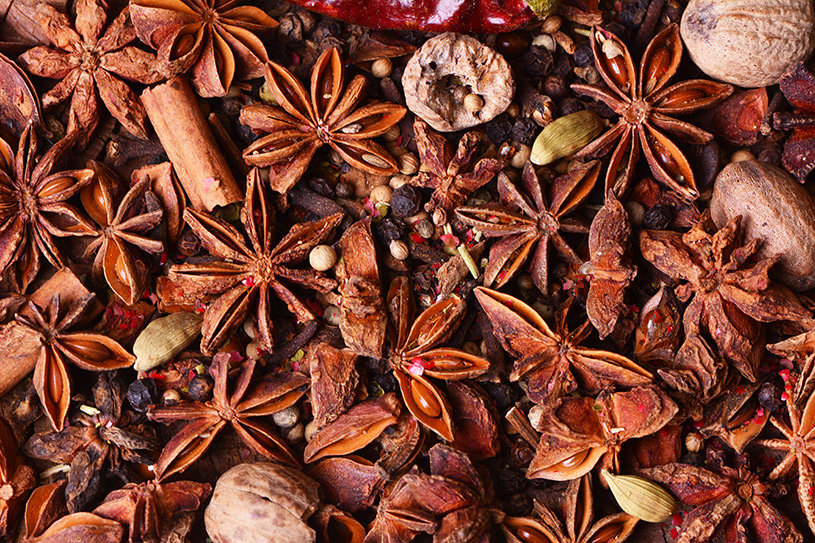 The taste of India is perhaps one of the best elements of Indian culture. It has diversity like the country and a unique blend of select spices and herbs that make Indian food some of the most highly regarded in the world. Be it pure vegetarian, or non-vegetarian, Indian food is rich in taste, aroma, and health and offers loads of satisfaction. It ranges from a variety of rice, bread, vegetables, and of course, fish, meat, seafood, eggs, and so on. Every region of India has their specialty cuisine, innovative and reflective of the local culture, harvest, and course choice. Indian cuisine has the assimilation of various tastes and habits and represents a palate that is more than food; it is a character of the Indian tradition.

Pairing Indian food with wine is a trend started in the last few years. One has to know the kind of wine that syncs well with the type of Indian food. In this regard, many things are to be considered, such as the alcohol content of the wine, the spices used in making the food, and the type of food or gravy. This knowledge will make the pairing a super hit and enhance the taste of both the food as well as the drink.

James Beard award-winning author and Wine Communicator of the Year,  Madeline Puckette says, “When in doubt, there are a few wines that match exceptionally well with a wide variety of Indian dishes. You really can’t go wrong with these four wines: Riesling (sweet or dry), Grüner Veltliner, Sparkling Rosé, Gamay.”

Having said that, let us talk about very specific Indian food and suggested wine.

The most popular and famous Indian curries, such as vindaloo are made with a variety of spices, including garam masala, turmeric, cayenne pepper, and paprika along with coconut milk, vinegar, chili, garlic, and onions. The curry can be made with lamb, pork, chicken, or tofu (for the vegans). It goes extremely well with Rosé.

The next popular Indian cuisine in the US is tikka masala which can be paired with Riesling, Pinot Grigio, and Gewürztraminer.

Tandoori chicken is the Indian version of roasted chicken. It is roasted in an indigenous clay-made oven called a tandoor. Before roasting, the chicken is marinated in yogurt, lemon, and spices such as coriander, cumin, turmeric, cayenne pepper, garam masala, and paprika. It can be paired perfectly with Pinot Noir, Cabernet Sauvignon, or Zinfandel.

Now, let’s talk about two specific vineyards — one based here on the east coast of the US and another based in india.

Narmada Winery based in Amissville, VA, was founded by the late Dr. Pandit Patlil and Dr. Sudha Patil. The winery is dedicated to Dr. Pandit Patlil’s mother. Her devotion to him made it possible for Pandit to pursue his education in the US.

Here is the list of Narmada wines and perfect pairing of Indian cuisine suggested by the experts at Narmada winery. 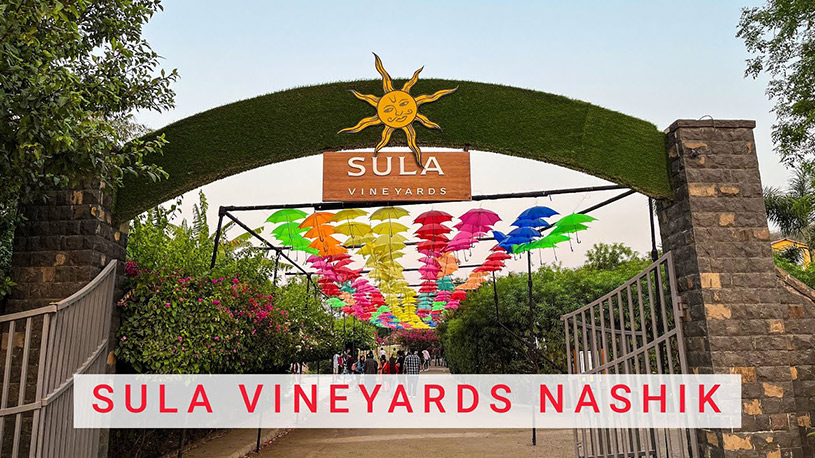 Fragrant aroma of strawberry with heaps of jammy strawberry flavor in an off-dry style. Pair with papri chaat.

One of the most popular India-made wines available in the US are from Sula winery based in Nashik, India, about 100 miles from Mumbai.

Sula Vineyards is the brainchild of Rajeev Samant, a former employee of Oracle. 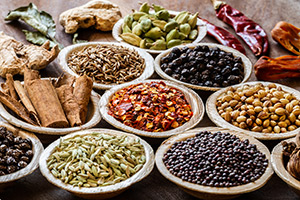 Rajeev found an uncanny resemblance between Dindori hills’ landscapes of Nashik in India and those at Napa Valley in California. His research made him realize that these hills could be used to cultivate wine-producing grapes while everyone else was following traditional table grape production. In 1999, Samant established Sula Vineyards in Nashik. Samant partnered with Kerry Damskey, a renowned winemaker from California with a goal of producing wines that would match international standards. Sula planted its first wine grapes in 1995, and the first bottle of wine was sold in 2000.

Here is the list of Sula wines and perfect pairing of Indian cuisine suggested by the experts at Sula Winery. 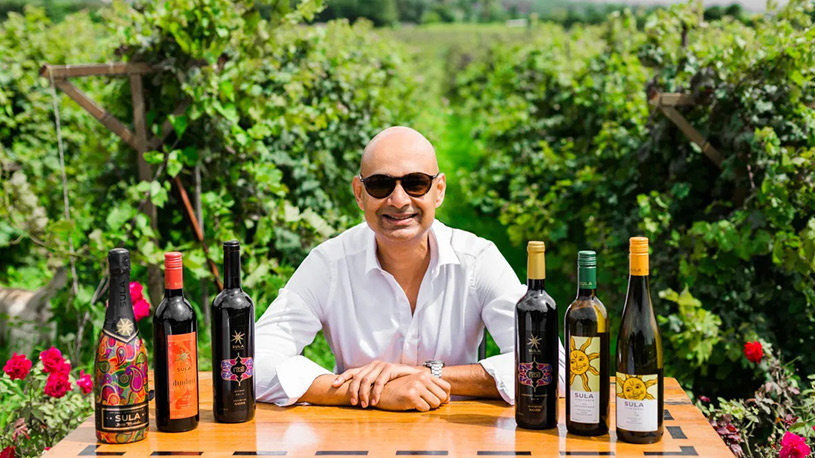 Sula Vineyards is the brainchild of Rajeev Samant, a former employee of Oracle. In 1993, Samant set out on an entrepreneurial venture by using his father’s 20-acre land in Nashik to grow mangoes. The venture was met with failure. His subsequent cultivation of teak wood also met a similar fate. “Success knocked at his door in the form of wine production when he found an uncanny resemblance between Dindori hills’ landscapes of Nashik in India and those at Napa Valley in California. His research made him realize that these hills could be used to cultivate wine-producing grapes while everyone else was following traditional table grape production” (Srivastava & Singh, 2018, p.12). In 1999, Samant established Sula Vineyards in Nashik. Samant partnered with Kerry Damskey, a renowned winemaker from California with a goal of producing wines that would match international standards. Sula planted its first wine grapes in 1995 and the first bottle of wine was sold in 2000 (Srivastava & Singh, 2018). 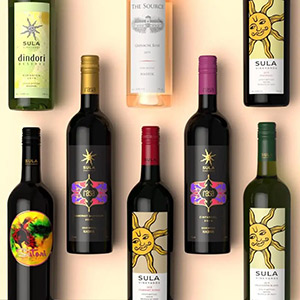 The aim of Sula has always been to target the growing number of wine consumers in India and to promote its own premium wine. As Sula’s name grew popular, sales picked up and the company grew. However, during the economic setback of 2008-2010, Sula was hit quite hard. In order to turn their fate around, they invested in a number of more sustainable options to reinvent the industry. Organic agriculture, energy reduction, and water conservation were imperative goals (Lopez, 2016). Sula’s “Great Comeback” was accompanied by the change in perception and eco-friendly initiatives. Changes in prices were also initiated as a result in 2008-2010. Rajeev Samant said, “If somebody wants to get on the bandwagon, the pricing had to be right. Once the person is on with the right price, he can climb the ladder.” (Lopez, 2016). Over the years, Sula has grown to become India’s leading wine producer. With its presence known in 32 states across India, the company is presently the biggest wine producer in India, occupying over 65 percent of the market share. Sula wines are also exported to 20 countries across the globe including Japan, the USA, and the UK (Srivastava & Singh, 2018).

Start with the basic Indian comfort food “Dal-Chawal” or rice and lentils. Steamed rice combined with cooked lentils containing mustard seeds, cumin, garlic, turmeric, and fresh coriander leaves or cilantro. Both dishes may or may not have ghee, or clarified butter. It is a creamy and heavy menu, and therefore, white wine is the best pairing for it. Chenin Blanc can be a perfect choice.

Rice and Sambar is another combination of rice with curried lentils. Sambar is a signature dish of Southern or coastal India which has a sharp taste of spices along with veggies like okra, carrots, shallots, and tangy tamarind. This dish can have the best pair in strong and rich wine like Shiraz. One can also have this kind of wine with the spicy Biryani, an aromatic rice dish prepared with ghee and pieces of meat.