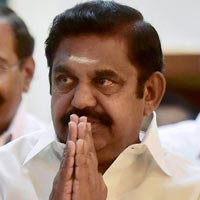 In Tamil Nadu, the Palaniswami government today won the confidence vote in Assembly by a comfortable 122-11 margin after high drama in the House.

The vote was preceded by eviction of principal opposition DMK and walkout by its allies, which have 98 legislators in the 234-member House, in protest.

Meanwhile, DMK leader Stalin met Governor C.Vidyasagar Rao and lodged a complaint after floor test. He also announced to observe a fast near Marina Beach Gandhi statute in Chennai against the alleged ill treatment meted out to opposition.

Earlier in the day, unprecedented scenes were witnessed in assembly after Speaker, P. Dhanapal rejected opposition’s demand for a secret ballot by MLAs belonging to the O Panneerselvam camp, who were supported by the DMK, and others. Some MLAs were also seen having scuffle with Assembly speaker. Later, the speaker ordered assembly police to evict DMK MLAs.