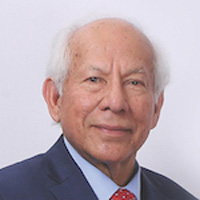 “Be the servant while leading. Be unselfish. Have infinite patience, and success is yours.”
― Swami Vivekananda

Padma, the Sanskrit name for lotus, carries great significance in Indian culture and heritage. The Padma, or lotus, emerges from muddy water and blooms into an exquisite flower. The emergence of brilliance and beauty out of the darkness signifies enlightenment and the act of overcoming all hindrances and miseries. Born in muddy waters, the lotus achieves the bliss of fulfilment, making it ideal as the national flower of India.

In the spirit of brilliance overcoming darkness, the Government of India confers the Padma Awards every year to remarkable achievers in different categories and is the second-highest civilian award after the Bharat Ratna. The awards are made up of three categories, with the highest being the Padma Vibhushan followed by Padma Bhushan and Padma Shri.

Every year, the President of India announces the names of the awardees on the eve of Republic Day. The awardees are recommended by a special Padma Awards Committee formed by the Prime Minister of India. This tradition began in 1954, and years later, in 2021, 119 persons were given this esteemed award.

The tradition of acknowledging excellence and achievement has now crossed the boundaries of India. In 2003, the Ministry of External Affairs, Government of India, initiated the custom of recognizing non-resident Indians for their outstanding contribution in different categories. Known as the Pravasi Bharatiya Samman (Awards in Honor of non-resident Indians), this award is given by the President of India as a part of the Pravasi Bharatiya Divas on January 9 every year. This year, 30 such achievers were honored with the award.

This year’s Padma awardees and Pravasi Bharatiya Samman awardees from the United States are highlighted in this issue. Desh Videsh Media Group congratulates these incredible individuals who have crossed borders, but remained true to their roots. Living thousands of miles away from India, they work sincerely and persistently in elevating the Indian culture and heritage as a global citizen. 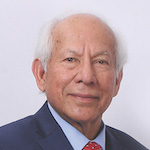 Dr. Arvind Phukan: Recognized for his contribution in Environment Technology, Dr. Phukan is the epitome of one determined to help the distressed. A civil engineer by profession, Dr. Phukan began his academic journey in his homeland Assam, the land of the mighty Brahmaputra.

He was a Professor of Civil Engineering at the University of Alaska. In his own words, his “journey from Assam to Alaska” gave him academic excellence, a rich teaching experience, and prestige. Still, deep in his heart, he had the desire to uplift the life of those less fortunate.

His constant quest to do something more for his motherland encouraged him to establish his NGO Core Professional Group for the Brahmaputra (CPGB) in Guwahati, Assam, in 2010. The main objective was to find sustainable and technically sound solutions to the deadly flood and riverbank erosion of the Brahmaputra. 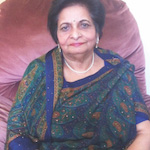 Nilu Gupta: Professor Nilu Gupta has been recognized for promoting Indian culture. Educated at Delhi University, Gupta is a Professor of Hindi at De Anza College in California. As an educator, she helps underprivileged Indian children to get educated.

She founded the nonprofit organization Upma to educate poor children in remote rural areas of India and give them the real gift of childhood. Upma has already sponsored more than 600 children’s education along with 10 schools and 10 daycare centers.

She is also a patron of the Akhil Vishwa Hindi Jyoti in California. This organization is committed to the spreading Hindi and Urdu literature. The organization gives a platform to the talented writers and poets from all countries to showcase their talents.

This unique combination of charity in the homeland and promotion of Indian culture worldwide has made Gupta a truly deserving candidate for the Pravasi Bharatiya Samman. 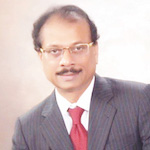 Dr. Sudhakar Jonnalagadda: Originally from Andhra Pradesh, Dr. Sudhakar Jonnalagadda has a long career of more than four decades as a board-certified Gastroenterologist and Transplant Hepatologist at Coffee Regional Medical Centre, Douglas, Georgia. Popularly known as Dr. S Jonna in local circles, he took over as the President of the American Association of Physicians of Indian Origin (AAPI) in July 2000.

He graduated from Ranga Raya Medical College in 1980 and is a former Assistant Professor of the Medical College of Georgia. Dr. Jonnalagadda is not only an eminent physician, but he also made contributions in fighting the Covid pandemic as the President of AAPI. He works tirelessly for delivering the best possible healthcare and protecting the interests of the Indian American doctors. He is sincerely committed to serving the needy persons which according to him gives great satisfaction in life. His service and the great contributions towards humanity makes all the Indians and the fraternity of physicians proud. 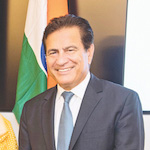 Dr. Aghi holds an MBA degree from Andrews University, a Doctorate in International Relations from Claremont Graduate School, and an Advanced Management Diploma from Harvard Business School. He is an expert in global corporate strategies.

Dr. Aghi was the chief executive and member of the Board at Larsen & Toubro Infotech Limited. He held the position of chairman and CEO of the Asia Pacific region in Steria, Inc. (India). He was the founding CEO of Universitas 21 Global, the world’s largest group of research-based universities and leading platform for online postgraduate education. He also worked as the president of IBM India.

Dr. Aghi is a member of the Indian Prime Minister’s IT Task Force. An enthusiast of marathons and mountaineering, Dr. Aghi traverses the boundaries of nations with his business acumen making him a worthy recipient of the Pravasi Bharatiya Samman for Business.

One of the largest organizations for the Asian-Indian Community, FIA has the strong support of 500,000 Asian-Indians. They are dedicated towards community service as well as different philanthropic activities highlighting the true culture of unity in the diversities of India.

Their contribution and service during the COVID pandemic are praiseworthy. The organization was a frontrunner in serving meals at local hospitals and to the New York Police Department. Through leadership’s initiative, the Indian tricolour was hoisted at Times Square in New York for the first time on August 15, 2020. The organization also helped Indian students stranded due to the travel ban during COVID with arrangement for accommodation.