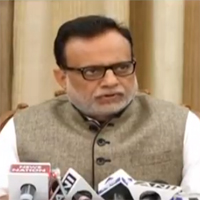 Offering one last chance to black money holders, the government has said that they have time until 31st March 2017 to come clean by paying 50 per cent tax of the unaccounted money under the Pradhan Madntri Garib Kalyan Yojana.

Government will use this money from penalty under this scheme for social schemes.

Money received under this scheme as penalty will be used for the social schemes meant for poor.

–Any individual who declares unaccounted income, will have to pay a fine of 50% of the unaccounted money

—25% of the amount will remain locked in for 4 years

The cash seizures and various actions are being taken by the concerned departments after demonetisation.

—In these actions Rs 316 crore have been seized in cash

—In various raids, New currency notes of Rs 80 crore have been seized

—and rest amount is in old currency notes and Jewellery

—If in case you have any information about black money you can also email it on blackmoneyinfo@incometax.gov.in

It is noteworthy that IT department is getting data on suspicious deposits on a daily basis from banks and concerned agencies are keeping a watchdog’s eye on every transaction.

If proper information is not provided on the deposited money it may turn troublesome for the depositor.