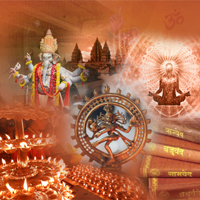 Preserving Our Roots and Ancient Knowledge by Chahna Tailor Gupta 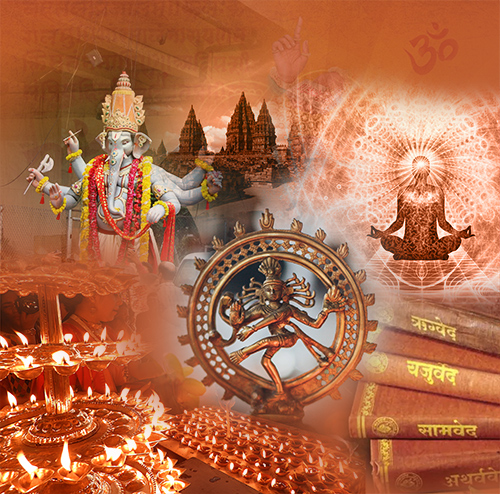 When I was in grade school, questions such as “Why does your religion have monkeys, elephants, and other animals?” were ubiquitous. I was always interested in our religion, but I could never defend it because I felt I wasn’t well-informed. My friends practicing other religions were able to speak eloquently about their faith, but they never had to defend it. It didn’t help that school textbooks contained incorrect details on Hinduism, probably because they were written by someone of a different faith. (A huge thank you to the Hindu American Foundation for changing that!) While other religions had similar prophets or roots, it was obvious how starkly different Hinduism seemed — and at times, Hinduism was seen as a joke.

As I became older, I started asking my parents and family members more questions about Hinduism. Thanks to Bala-Vihar at South Florida Hindu Temple with Swamini Divyananda and Swami Vijayananda, in addition to learning the meanings of certain mantras and slokas, I also learned the significance of certain pujas. I also took Hindi classes (as a Gujarati) which helped me familiarize myself with our national language (and simultaneously aided me in understanding more of what the Bollywood husbands were saying on screen). Reading our Vedas and other scriptures of Sanatana Dharma, it was clear that we were surrounded by ignorance when it comes to vedic practices and also how incredibly rich it is. Unfortunately, I feel much of our history has been construed, rewritten, or destroyed. For example, look at how yoga is portrayed today — merely a stretch-based exercise to those looking from the outside.

By the time I had enrolled into an Ayurveda program, (Thank you, Sampoorna College of Ayurveda.), I was encouraged to learn Sanskrit (all made a little easier thanks to Hindi class!) and utilize it for a deeper understanding of our Shastras. As I started reading different scriptures (even those translated in English), it was just astonishing how logical and useful they were — and how they could stand the test of time. The words from thousands of years ago still ring true today.

The thing about holistic medicine and lifestyle choices is that yoga and Ayurveda are becoming more popular in the West — but will they be practiced correctly? Will it be only temporary? A fad, perhaps? We are lucky that in our local community we have resources like Desh-Videsh to continue to provide a platform for our culture. Unfortunately, other communities may not be so lucky. This leads to the resounding question: If more of us do not keep stepping up to preserve Sanatana Dharma, will future generations be left with very little or diluted vedic knowledge at best?

In an effort to spread Ayurveda and correct yoga in our local community, my company Namaskar To You, is hosting an event called “Life Fest” that will focus on Ayurveda (hint: “ayur” means “life”), as well as other alternative approaches. The event will take place at Huizenga Plaza in Fort Lauderdale on September 17, 2022. If you are interested in sharing your knowledge or being one of the sponsors, please feel free to reach out. At the end of the day, it’s about preserving our rich culture for future generations. 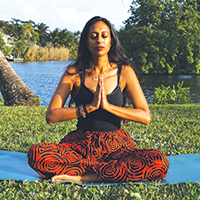 Chahna Tailor Gupta, an Ayurvedic practitioner and certified yoga teacher, has a background in occupational therapy and health science with a focus in public health. Chahna was yoga trained in Rishikesh, India, and completed Ayurvedic clinicals in Kannur, Kerala. Chahna provides yoga, pranayama, meditation, 200-hr yoga teacher training, and Ayurvedic health counseling services through her company Namaskar To You. Chahna is a volunteer for Ekal Vidyalaya, American Association of Ayurvedic Professionals (AAAP), and Ayurveda Association of Florida (AAF). She is currently pursuing a doctoral degree in Ayurvedic Medicine while continuing her self-studies in yoga.