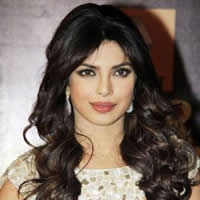 Priyanka Chopra has said ‘No’ to Hollywood!

Everyone on the planet is aware of Priyanka Chopra’s glamour. She is the lady loved worldwide. Her charm has hit more than 200 territories and now she is all set to be a part Baywatch.

Here in the nation, it has been quite a long time since Priyanka have not made an appearance in a full-fledged feature film. But the superstar seems happy in what she has in her hands. As per her interview to a leading Tabloid, Priyanka Chopra said, “My schedule is water-tight until March 2017 as I am contractually bound to wrap up the second season of Quantico. It would be great if season three comes along as it’s a progressive show, which airs in 200 territories worldwide. I get to interact with an audience that may have never known me through my feature films.”

Besides, the superstar has made a shocking revelation. Priyanka said that she is very choosy about the kind of films she makes a move into. And this choice is not limited to Bollywood, she is equally choosy about Hollywood projects too. She said, “I am not only saying no to Bollywood films. I have also turned down more than six Hollywood films. I am rejecting films across industries. I’m going to pick the best and do only one film from each side next year. Even that would mean pushing myself against time.”

In the era when every Bollywood actress dream of being a part of Hollywood, Priyanka Chopra enjoys the liberty of rejecting the Hollywood project. Well, this makes Indians proud of her as she could afford to do so only after achieving the position most of the Bollywood Stars can’t even think of.