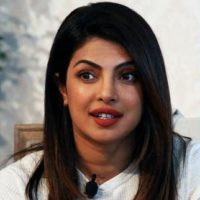 Priyanka Chopra & Rajkummar Rao to Come Together for Netflix

Priyanka Chopra Jonas and Rajkummar Rao will soon be seen for the first time in a Netflix film. They will be starring together in the Indian adaptation of Aravind Adiga’s Man Booker Prize winning novel, The White Tiger. 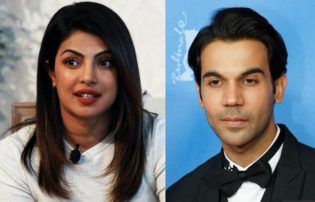 The filming of The White Tiger adaptation will begin later this year in India. Iranian-American filmmaker Ramin Bahrani will helm the Netflix original. He is known for directing films like 99 Homes, Chop Shop and Fahrenheit 451. Bahrani will also be writing the film’s screenplay. Talking about her excitement of working on the project, he said, “I am grateful to have the opportunity to work with Mukul Deora (producer), Netflix and such an incredible cast on this project.”

Priyanka, who will also be an executive producer of the film, in an interview said, “I’m so excited to work with Ramin Bahrani and Netflix to bring Aravind Adiga’s poignant story to cinematic life. When I read the book, I was fascinated with the perspective of the narrative. I look forward to filming this in India this fall and also working along with Rajkummar Rao for the first time and the wonderful cast Ramin is putting together.”

Expressing his excitement, Rajkummar Rao said, “It’s an exciting time for actors today and I’m thrilled to be a part of such a world-class project. I’ve been an admirer of Ramin’s work and am excited to see The White Tiger come to life with Netflix!”

Priyanka is already working in another Netflix original, We Can Be Heroes, helmed by Alita: Battle Angel director, Robert Rodriguez. She will next be seen on big screen in The Sky is Pink, along with Farhan Akhtar. Meanwhile Rajkummar Rao is busy shooting for Roohi Afza opposite Janhvi Kapoor and Turram Khan alongside Nushrat Bharucha.

We Can Be Heroes

The Sky Is Pink