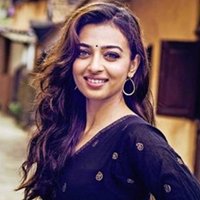 The talented and vivacious Radhika Apte who has wowed the audience with her exceptional acting skills in movies will be seen making a debut on television by hosting the popular crime based show Crime Patrol on Sony Entertainment Television.

A source close to the production house informs us about the news, “Radhika Apte will be seen hosting one of the upcoming episode of Crime Patrol. The actress is quite kicked about her new avatar and she has started shooting for the same.”

The actress who will be seen in the upcoming Bollywood flick Phobia, will also be promoting the movie on the show. To know about her experience shooting for Crime Patrol, she says, “I am quite excited as I’ll be hosting a show for the first time. The sequence is related to my upcoming film Phobia and it will surely leave a good message for the audience.”

To watch the phenomenal performance of Radhika Apte as a host, tune into Crime Patrol on Monday – 23rd May at 10:30 only on Sony Entertainment Television