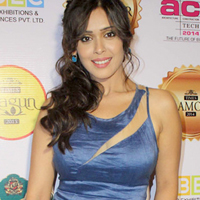 Hrishitaa Bhatt Puts On 15 Kilos For Her Next Item Song

Bollywood’s item girl Hrishitaa Bhatt was asked to surprisingly not shed but add on extra kilos for her special appearance in upcoming political drama Shorgul. The actress will be seen shaking a leg to a song shot on the pier called Mast Havaa

Sources close to the production house state, “The film opens with Hrishita and since the film caters to the Northern markets we thought of not endorsing the hourglass figure. Being a trained Kathak dancer Hrishitaa brings so much elegance to the shot without drawing attention to her weight. Infact Hrishitaa had a cast on her leg whilst she shot for the song since she had slipped a day before the rehearsals since we were shooting on a pier.”

A 24 FPS Films Production, the political drama film is based on intolerance and aspires to make audiences contemplate on where humanity stands amidst the noise of religious, social, political and economic prejudice. It is inspired by sensitive real-time incidents that shook the foundation of democracy, set against the backdrop of Uttar Pradesh. The film will touch upon grave subjects that have transpired in the recent past such as Muzzafarnagar, Godhra, Babri Masjid riots apart from making references to bureaucratic misdoings of some high profile dignitaries. Some of the lead actors in the film will bear resemblance to real life politicians such as Akhilesh Yadav, Sangeet Soam, Azam Khan in their look, mannerisms and even names. Directed by Jitendra Tiwari & P. Singh and produced by Swatantra Vijay Singh & Vyas Verma, the film stars Jimmy Sheirgill, Ashutosh Rana, Sanjay Suri, Narendra Jha, Hiten Tejwani, Eijaz Khan, Suha Gezen, Anirudh Dave, Deepraj Rana.