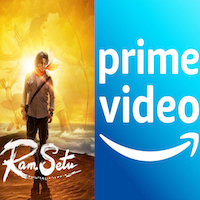 This Hindi film is based on the mythical bridge built by the God Rama to connect the ancient Indian coasts with Sri Lanka. This bridge was built to rescue his wife Sita who was kidnapped by Ravana, the demon king of Lanka. 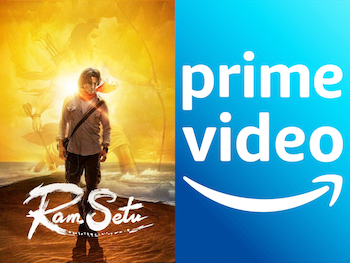 The film revolves around the story of an archaeologist played by Akshay Kumar and is based on science, history, and mythology. Jacqueline Fernandez, Nushrratt Bharuccha, and Telugu superstar Satyadev are also part of the cast.

The film is directed by Abhishek Sharma. The creative producer is Chandraprakash Dwivedi. The co-producers are Cape of Good Films, Abundantia Entertainment, and Lyca Productions. It will have a theatrical release followed by its global streaming at Amazon Prime.

The muhurat shot was taken at Ayodhya, the birthplace of Rama, in March 2021. To mark the beginning of this special film, the muhurat was followed by a Puja at Ayodhya. However, due to the pandemic restrictions, the shooting had to be cancelled. However, shooting has resumed now.

The sneak peek was released by Akshay Kumar on his social media handle. He asked for his fans’ opinions regarding it. However, no other teaser has been made public yet.

Vijay Subramanium, Director and Head, Content, Amazon Prime Video India has been very enthusiastic about the venture of co-producing Ram Setu. According to him, Ram Setu is a mythical link that appeals not only to the Indian viewers but also to the global viewers as a whole.

The film is scheduled to be released on the auspicious occasion of Diwali, 2022.

Post Views: 224
How to Cultivate Hindu Culture in America
Satyamev Jayate 2 to Release in Theatres