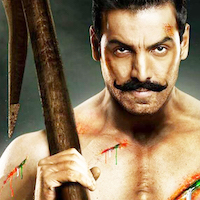 Satyamev Jayate 2 to Release in Theatres

This time, it will be John vs John in Satyamev Jayate 2. This sequel to the 2018 film Satyamev Jayate will feature John Abraham in a double role. The film directed by Milap Zaveri includesDivya Khosla Kumar, Anup Soni, and others. The film was supposed to have been released on May 13, 2021. However, the release was postponed due to the second wave of the Coronavirus pandemic. 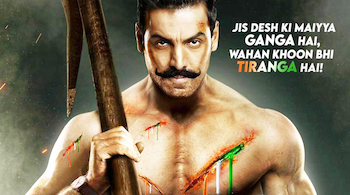 The film’s poster, released earlier, shows John Abraham in double roles. The slogan mentioned a fight between two sons of Mother India, Satya and Jay, both portrayed by John. Shot in Lucknow, this film is based on the crime scenes of the city. The poster shows one character, John, in a police uniform. Hence, the film is expected to be a cop drama and a struggle between evil and the right.

Earlier, director Milap Zaveri, too, emphasized people’s safety and said that the preference would be to release the film after the situation is better. The viewers, especially the fans of John Abraham, are eagerly waiting for the release of this film so they can witness another victory of the virtuous.