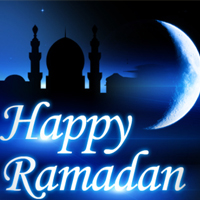 RAMADAN – THE TIME OF ABSTINENCE

Ramadan is the time when Muslims all over the world – over a billion in number – tend to lead a life of extreme abstinence, discipline and self-control. The absence of food and drink and other pleasures provides a perfect opportunity to concentrate on prayer and worship.

At the stroke of the dawn, the voice of the Muazzin chanting the Azaan from the mosque breaks the silence of the sleepy town and reverberates all over the place. For the pious Muslim, it is the call of awakening and conscience – as it marks the beginning of the day-long fast and self-control, a characteristic ritual of the holy month of Ramadan.

Ramadan is the time when Muslims all over the world – over a billion in number – tend to lead a life of extreme abstinence, discipline and self-control. The absence of food and drink and other pleasures provides a perfect opportunity to concentrate on prayer and worship. Not having the luxuries of life to hand makes it easier to reflect on life, start afresh and give their life a new direction. During this time, the devotions are supposed to help the Muslims reclaim the organizing principles of revealed religion, which cannot really happen without regaining control over one’s desires.

Ramadan is the ninth month of the Islamic Lunar calendar and the holiest of the four holy months. It is the “month of blessing” – marked by prayer, fasting, and charity, that begins with the sighting of the new moon after the month of Shabaan. During this auspicious 30-day period, Muslims are obliged to abstain from all food, drink, chewing gum or tobacco, and refrain from any kind of sexual contact between dawn (fazr) and sunset (magreb). At the same time, they expected to concentrate deep into and abide by the teachings of Islam by desisting from violence, anger, envy, greed, lust, sarcasm and gossip. Purity of thoughts and actions gain paramount importance at this month.

Ramadan is said to be the month in which Satan and his associates are said to be locked away in Hell to prevent them from misleading, deceiving and whispering in the ears of believers. This doesn’t mean that sin and bad deeds will completely disappear for a month but it will mean that if bad deeds are done and sins committed, they will be from the hearts of people alone and the devil cannot be blamed. As such, the most important activities performed by a pious Muslim in the month of Ramadan are fasting, prayer and charity

As the Holy Qur’an commands: “O ye who believe! Fasting is prescribed to you as it was prescribed to those before you, that ye may (learn) self-restraint…”! Being such ordained in the Qur’an, the fast is hence an exacting act of deep personal worship in which Muslims seek a raised level of God-consciousness. The act of fasting redirects the hearts away from worldly activities, towards The Divine. The reason Muslims fast is to discipline their body and mind and practice self-control. Smoking and sexual relations are also forbidden during fasting.

At the same time, fasting helps the Muslims to dedicate less time on material needs and hence, focus entirely on God. Ramadan provides them the opportunity to devote more and more attention to the Supreme Being. Ramadan is a time when Muslims introduce practices into their life to reflect their religious identity. A lot of Muslims have a desire to pray more and learn more about Islam, which they do by reading the Qur’an during this month and understand and share their religious teachings with fellow-Muslims.

Fasting is also intended to help teach Muslims self-discipline, self-restraint and generosity. It reminds them of the suffering of the poor, who may rarely get to eat well. Not eating and drinking makes a Muslims feel personally about the poverty-stricken and starving lesser-fortunate people of the world, and thus encourages them to donate with open hands to the charities. During this period, mosques collect greater donation from the general public so that people right across the world can have better life and those who donate can gain greater regard for their well intended actions.

The end of Ramadan, which is declared after the sight of the first crescent of the New Moon, is marked by a three-day period known as Eid ul-Fitr, or the “Festival of Fast-breaking”. It is a joyous time beginning with a special prayer, and accompanied by celebration, socializing, festive meals and exchange of gifts. A sense of generosity and gratitude colors these festivities. Although charity and good deeds are always important in Islam, they have special significance at the end of Ramadan. As the month draws to a close, Muslims are obligated to share their blessings by feeding the poor and making contributions to mosques.

Muslims all over the world, residing in Bangladesh or USA, Saudi Arabia or Australia, England or Indonesia – are characterised by their uniform practice of the rituals in the month of Ramadan. The exercise is more diligently observed in the Islamic countries of Asia and Africa, where all the customs and traditions are governed by national supervision. A strict regimentation is followed in the Muslim world – from Afghanistan and Arab to Tunisia and Zanzibar !

During Ramadan in the Muslim world, most restaurants are closed during the daylight hours. Families get up early for suhoor, a meal eaten before the sun rises. After the sun sets, the fast is broken with a meal known as iftar. Iftar is done with dates, dry fruits and sweet drinks that provide a quick energy boost. In the evening following the iftar it is customary for Muslims to go out visiting family and friends. The fast is again resumed the next morning.

In Turkey, Egypt, Morocco, Algeria, Arabia, Iran, Iraq, Pakistan, Bangladesh and all the countries across North Africa to South Asia, Muslim people look forward to Eid celebrations after the strict regime of Ramadan. The festival of Eid ul Fitr is an eagerly anticipated religious festival, a cherished time for family gatherings which resembles Christmas in its spirit of joyfulness, special celebrations and gift-giving for the world’s one billion Muslim population.

Ramadan, on the whole, offers an opportunity for Tazkiyah, – the cleansing of the self – through its disciplinary regimen. And on another level, it offers a unique opportunity for synthesizing with the less fortunate. Ramadan does make it easier for Muslims to observe their faith, largely because all Muslims are following the same pattern and so they are always offering each other moral support and encouraging each other to do better. Ramadan brings people much closer than normal as they forgive each other for any misdemeanors of the past, forge new and positive relationships and treat each other with greater respect.

The words of the late Bosnian President Dr. Alija Izetbekovic, carries the most rel;event significance about the occasion. He opined, “The Islamic fast which is the union of asceticism and joy – and even pleasure in certain cases – is the most natural and most radical educational measure that has ever been put into practice. It is equally present in the king’s palace and the peasant’s hut, in a philosopher’s home and a worker’s home. Its greatest advantage is that it is really practiced.” So accurate and precise he was, indeed !!!