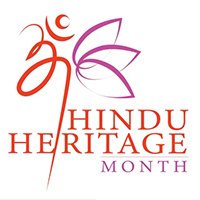 in the house of representatives

Mr. KRISHNAMOORTHI. Madam Speaker, today I rise to join the many
Hindu faithful in

the United States in recognizing the month of October as Hindu heritage
month. The 8th Congressional District is home to many followers of this
uniquely pluralistic religion, and I wish to celebrate the Hindu
community’s valuable contributions to my district and to our state and
country. I believe this acknowledgment is especially timely, given the
disturbing rise of prejudice and racism in this country, including
Hinduphobia as manifested in hateful speech and violent acts
perpetrated against Indian-Americans and Hindu houses of worship.
The Hindu religion dates back millennia and has profoundly influenced
both ancient and modern cultures. Its message of religious tolerance,
non-violence, and the universality of the human experience was
introduced to this country in 1893 by Swami Vivekananda in his landmark
address at the World Parliament of Religions in Chicago, Illinois.
Swami Vivekananda’s words of peace and his emphasis on self-perfection
and service to others sparked interest in the Hindu faith and
contributed to the growth of Hinduism in the United States. His
spiritual understanding had a profound influence on one of the greatest
leaders of the 20th century, Mahatma Gandhi, who in turn inspired the
important work of one of our nation’s most revered leaders, Martin
Luther King, Jr., to advance the cause of civil rights in the United
States.
The Hindu faithful in our country include physicians, lawyers,
scientists, economists, philosophers, artists, academics, business
leaders, government officials–and Members of Congress. They are guided
by Swami Vivekananda’s call to service and respect for all religions
and all people. Madam Speaker, I know all Americans of goodwill share
these beliefs, and today I would like to celebrate the work of the
Hindu faithful in building bridges of understanding between all
Americans, for their important contributions to our economy and our
cultural and civic life, and for the part they play in creating our
wonderful and distinctively diverse American experience.