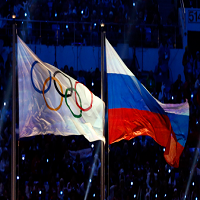 Russia’s weightlifting team has been banned from competing at the Rio Olympics because of doping offences.

Two of the eight-strong weightlifting team had already been banned for prior violations, and another four were named in the McLaren report into the issue.

Russia’s Sports Minister said 272 of the original 387 athletes selected had been cleared to complete in Rio.

A final figure is expected on Saturday, with the federations of boxing, golf, gymnastics and taekwondo still to confirm their decisions.

The Games get under way on 5 August.

7th Pay Commission arrears to be paid in one installment
2nd Test: India look to assert supremacy over WI