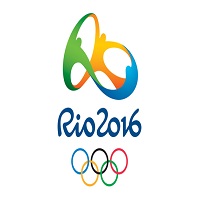 USA leads at Rio Olympics with 3 Gold and 12 medals in the kitty; China and Australia at second and third position; Michael Phelps creates history by bagging his 19th Olympic gold.

World number one Novak Djokovic crashed out of Rio Olympics in the first round on Sunday by Argentina’s Juan Martin del Potro, who had also defeated him in the bronze medal match at the London Olympics.

The Serbian, who has won everything in the game other than the Olympics, left the court in tears following the loss. On a day of upsets, the Murray brothers and Williams sisters also crashed out in the doubles.

Medals continued to elude India for the second successive day at the 31st Rio Olympics as shooter Heena Sidhu and the women’s archery team failed to impress. women’s hockey team managed to hold Japan for a draw. But India had something to cheer about after Dipa Karmakar became the first Indian to reach the final of apparatus in the artistic Gymnastics.

Indian rower Dattu Baban Bhokanal entered the quarterfinals of the men’s single Sculls after finishing third in his qualifying round of the Rio Olympics. In the first heat of the day, Armyman Bhokanal finished the 2000m race with a timing of 7 minutes 21.67 seconds.

It was a disappointing start for the Indian shooters at the Rio Olympics on Saturday as Jitu Rai finished a lowly eighth in the men’s 10m Air Pistol final, while Apurvi Chandela and Ayonika Paul crashed out in the qualification round of their respective events.

Women paddlers Mouma Das and Manika Batra made their exit from the Rio Olympics after losing their preliminary round singles matches to higher-ranked rivals in the table tennis competition.