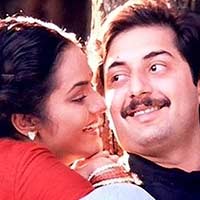 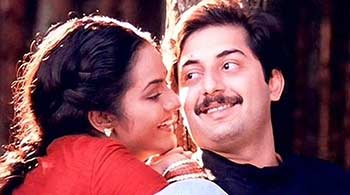 Actress, Madhoo will soon be reuniting with her Roja co-star Arvind Swami after over two decades. The talented pair from Mani Ratnam’s super hit patriotic film will be coming together for Jayalalithaa’s bilingual biopic.

The biopic, titled Thalaivi in Tamil and Jaya in Hindi, will be directed by one of South cinema’s top directors, A.L. Vijay. He has earlier helmed films like Madrasapattinam, Thaandavam, and Deiva Thirumagal. Talking about Madhoo’s involvement in the upcoming biopic, a source close to the project told PTI, “She is going to be part of the Jayalalithaa biopic. She is excited to be working with Arvind Swami after over 25 years. It is a full-fledged role. She will start the shoot by November or December.”

In the film, Bollywood actress Kangana Ranaut will be reprising the role of politician J Jayalalithaa. Arvind will be portraying the former Tamil Nadu chief minister Maruthur Gopala Ramachandran aka MGR in the film. The details of Madhoo’s character in the film have not yet been revealed. The film’s shooting will kick-start in November.

Apart from Roja, Madhoo is known for her role in Bollywood movies like Phool Aur Kaante, Hum Hain Bemisaal, Diljale, and Yeshwant. Apart from the Jayalalithaa biopic, Madhoo will soon be seen in another Hindi film, Khali Peeli, along with Dharmendra and Vijay Raaz. It is a horror-comedy, similar to Stree, which will release in April next year.

Jayalalithaa was one of the most prominent and popular Indian politicians. She also served as the Chief Minister of Tamil Nadu. She passed away on December 5, 2016, due to cardiac arrest. She was fondly known as Amma (meaning mother) and ‘Puratchi Thalaivi’ (revolutionary leader).