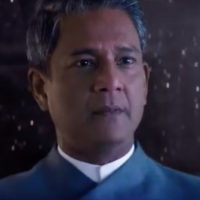 Actor Adil Hussain is well-known for his roles in many Indian and International films, including English Vinglish, The Reluctant Fundamentalist, Life of Pi, Ishqiya, and Mukti Bhawan. Apart from Hindi and English, he has also acted in Assamese, Bengali, Marathi, Tamil, Norwegian, and even French movies. The 56-year-old Indian actor is once again making us proud by joining the cast of the third season of American Sci-Fi franchise, Star Trek: Discovery. 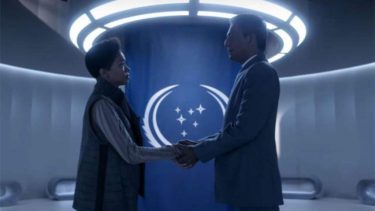 Adil is one of the finest theater and film actors in the country. He worked as a stand-up comedian before he joined the prestigious National School of Drama in 1990. He was last seen in Kabir Singh, starring Shahid Kapoor and Kiara Advani, in which he played the role of the dean of the medical college. The news was revealed after the first trailer of Star Trek: Discovery season 3 was premiered at the New York Comic-Con recently. Apart from Adil, the show stars Sonequa Martin-Green, Doug Jones, Anthony Rapp, Mary Wiseman, and Wilson Cruz.

Adil Hussain is not the first actor of Indian origin to be a part of the Star Trek franchise. Late Indian model and actress Persis Khambatta played the role of Lieutenant Ilia in the film Star Trek: The Motion Picture in 1979. Indian-American actor Maulik Pancholy played Chief Medical Officer of the USS Shenzhou, Nambue, in the first season of the TV series Star Trek: Discovery. The same also featured another Indian-origin actress, Rekha Sharma.